YOU’RE THE LAWMAKING BRANCH. YOU DON’T HAVE TO ASK THE PRESIDENT’S PERMISSION TO LEGISLATE
Republicans on Capitol Hill seemed willing to step in now and try to take the nine‐​page framework and mold it into a tax bill, which many of them say will give lawmakers a bigger say in the process. 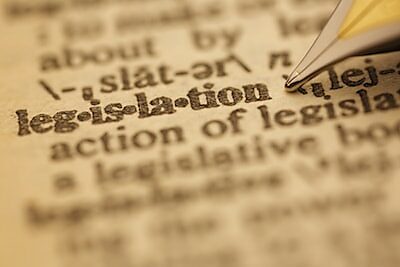 “I’m actually grateful [the White House is] letting us fill in many of the blanks,” said Rep. Carlos Curbelo (R-Fla.).
— Washington Post, September 28, 2017

APPARENTLY NOT DETRIMENTAL TO THE REPUTATION OF THE UNIVERSITY: CENSORING RESEARCH
A researcher has been refused permission to study cases of people who have surgery to reverse gender reassignment by a university that said it risked generating controversy on social media sites.

The proposal was rejected with an explanation noting that it was a potentially “politically incorrect” piece of research and could lead to material being posted online that “may be detrimental to the reputation of the institution.”
— London Times, September 23, 2017

MAYBE TRY A BIT MORE REGULATION
Housing shortages after World Wars I and II, protests (and sometimes riots) against price gouging and substandard conditions, and a huge voting bloc of renters with shared interests have led, over the past hundred years, to an evolving series of state-enforced regulations [of New York City housing]. ...

In view of this extraordinary level of regulation, it may seem surprising that New York faces a crisis in affordable housing.
— New York Review of Books, August 17, 2017

IF YOU TWEET LOL AT JEFF SESSIONS, BUT DON’T ACTUALLY LAUGH OUT LOUD, CAN YOU BE PROSECUTED?
The Department of Justice will retry a woman whom prosecutors say disrupted Jeff Sessions’ confirmation hearing for attorney general by laughing. After rejecting a plea deal, Desiree Fairooz will again face charges of unlawful conduct for disrupting Sessions’ hearing in January.
— CNN, September 2, 2017

MAYBE SEVERAL BILLION DOLLARS WOULD WORK
The Department of Agriculture has invested seven years and several million dollars in a popular program that claims it gets students to eat significantly more fruits and vegetables.

But as a recent critique of the research behind the program reveals, “significantly more” often means an amount as small as a single bite of an apple.

The critique, which was published on the academic platform PeerJ in August, alleges that researchers have exaggerated the benefits of a program that is now used as a model . . . by more than 30,000 schools across the U.S.
— Washington Post, August 27, 2017

HE HONEYMOONED IN CUBA
What’s been hardest is the way our legal system is structured to favor private property. I think people all over this city, of every background, would like to have the city government be able to determine which building goes where, how high it will be, who gets to live in it, what the rent will be. ... and I think what we have, in this city at least, are people who would love to have the New Deal back, on one level. They’d love to have a very, very powerful government, including a federal government, involved in directly addressing their day-to-day reality.
— Mayor Bill de Blasio, New York, September 4, 2017

OUT OF THE RUBBER ROOM, INTO THE CLASSROOM
In July, two weeks after the state legislature reauthorized mayoral control of the public school system, Mayor Bill de Blasio’s administration quietly announced a policy reversal: in the coming year, schools will once again be forced to hire teachers that no other school has wanted to hire. ...

These are teachers who, for whatever reason, have not gotten a job in any of the city’s 1,700 schools, sometimes for many years. The city is in this position because the union contract makes dismissing teachers a virtual impossibility.
— Marc Sternberg, New York Times, September 7, 2017

WHO SAYS GOVERNMENT HAS NO ACCOMPLISHMENTS?
[D.C. mayor Muriel Bowser] said that the creation and preservation of affordable housing would remain a top priority in her second term and she expects the District to spend more than $100 million on affordable housing next year.