Ronald Reagan famously kept a small plaque on his desk bearing the saying, “There’s no limit to what a man can do or where he can go if he doesn’t mind who gets the credit.” I keep a replica on my desk at home, as it’s a good reminder of what’s really important: results.

It’s a special pleasure to work with those who are truly accomplished, intelligent, and focused on results — but at the same time humble and unassuming. One such example is the chairman of the Cato Institute, Bob Levy. Bob grew up modestly in the hardscrabble Washington neighborhood of Petworth. But such humble origins belied the accomplishments to come, as Bob earned a PhD in economics at American University and went on to found a successful financial software company. In middle age he sold the enterprise and has since — fortunately for us — dedicated his life to liberty. His contributions since are legend among freedom lovers. 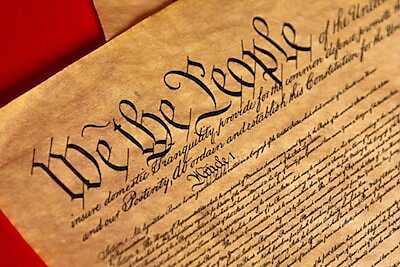 At the age of 53, Bob earned a JD from George Mason University School of Law (as class valedictorian!) and spent two years as a clerk to federal judges, including libertarian legend Douglas Ginsburg on the D.C. Circuit Court of Appeals. He then served 11 years as a senior fellow at Cato’s Center for Constitutional Studies, followed by 9 years (and counting) leading Cato as our board chairman. He somehow found time along the way to orchestrate, finance, and execute the vindication of the Second Amendment at the Supreme Court in the District of Columbia v. Heller case (2008).

Even during his “retirement” Bob remains in nearly full-time service to liberty — through regular radio appearances, frequent speaking gigs, board service, philanthropy, and many other activities. It was my honor, therefore, to announce in October that through the extraordinary (and anonymous) generosity of longtime Cato Sponsors, the Cato Center for Constitutional Studies has been christened the Robert A. Levy Center for Constitutional Studies. Congratulations, Bob, and thank you for all you’ve done to make our country freer.

We are fortunate that a long line of Americans, stretching back to the Founders, have made the advancement of human liberty a mission of their own. When we read the Constitution (hopefully a Cato pocket edition!), or histories of the ratification debates, we realize that Cato’s vision of a free and prosperous society is the same vision that animated the Founding generation. And it took the equally heroic efforts of subsequent generations to ensure that remaining challenges to freedom — ending slavery, bringing equal rights to women, struggling for the civil rights of minorities, gays, and others — were confronted and won. We feel a special debt to those Americans when we recognize that they gave us the freedom and opportunity we enjoy in our own lives.

This debt also gives us a strong sense of responsibility to uphold our end of the bargain for future Americans. Many of us are rightly concerned about burying tomorrow’s generations under a mountain of debt, and this would indeed be a shameful legacy. But this is only one, albeit important, element of the legacy of liberty we aspire to leave. As Cato’s 40th anniversary year draws to a close, I think often of the world I want our grandchildren to inhabit when Cato turns 100 in 2077. I want them to have the ability to live life on their own terms and in their own way, without incessant interference from nanny-state busybodies who think they know better. I want them to be able to pursue and achieve their own dreams, without a crushing regulatory burden compromising their chances. I want them to remember their own responsibilities to maintain a free country for the future, without being asked to die in wars that are not necessary or don’t defend vital interests. I want them to be free from a government that monitors and records personal details that are none of its business. But most of all, I want them to know and enjoy the satisfaction and fulfillment that come from meeting and overcoming life’s challenges: the satisfaction and fulfillment the state has been draining away through its empty promises of shielding us from the burdens and tests we meet in everyday life.

Your generosity to Cato means you share this vision of the future, and share the desire and responsibility of passing on to future generations a country that’s as free as — or freer than — the one that was given to us. As we enter the season when we receive the bulk of your support, please know how much we appreciate your partnership in this mission.