A Quiet but ‘Remarkable’ Term 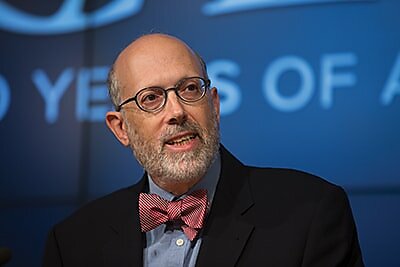 The 2016–2017 Supreme Court term may not have had any cases that grabbed national attention in the same way as 2015’s Obergefell v. Hodges, or 2016’s Zubik v. Burwell — but for close followers of the Court, there were many important decisions. The new edition of the Cato Supreme Court Review, the nation’s first scholarly review of the Court’s term to be published every year, unpacks these decisions in detail. As always, Cato’s 16th Annual Constitution Day Symposium accompanied the Review’s release for Constitution Day in September. At the conference, Robert Corn‐​Revere deemed this a “remarkable term” for the First Amendment, with cases including Matal v. Tam, which struck down a ban on trademarking terms the government deems “disparaging,” and Packingham v. North Carolina, where the Court affirmed that even sex offenders are entitled to First Amendment rights on social media. David Post of Temple University predicted that Nelson v. Colorado, where the Court ruled that a state cannot keep fees paid by a defendant whose conviction is later overturned, could prove a “very important” tool in the fight against civil asset forfeiture. Unfortunately, not all cases were victories for liberty — Cato’s Thaya Brook Knight described herself as “deeply disappointed” in the decision in Salman v. United States, where the Court failed to provide any helpful guidance in defining what, exactly, the “crime” of insider trading is. The day closed with the annual B. Kenneth Simon Lecture, delivered by Philip Hamburger of the Columbia School of Law. Hamburger discussed how the rising power of administrative agencies corrupts judicial proceedings and guts constitutional rights.

The Future of the First Amendment 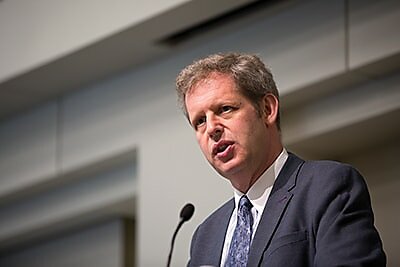 Free speech is under attack from all sides — on the left, college students and faculty demand to be shielded from opinions that offend them, while on the right, the president calls the media “the enemy of the American people” and asks the NFL to fire players who protest during the national anthem. In September, scholars gathered at the Cato Institute for a conference, The Future of the First Amendment, to discuss these diverse challenges to free speech. Martin Redish of Northwestern Law School provided a stirring defense of commercial speech as free speech that is too often left unprotected, while Jeffrey Milyo of the University of Missouri argued that campaign finance regulations have virtually no impact on reducing political corruption or improving trust in government. Cato’s Walter Olson and Robin Fretwell Wilson of the University of Illinois Law School offered differing views on anti‐​discrimination cases, with Olson arguing that a same‐​sex couple being refused service by one bakery is likely not such a crucial public service as to deserve protection under anti‐​discrimination laws. Eugene Volokh, the founder of The Volokh Conspiracy, delivered the keynote address, in which he explained how libel laws fashioned in the pre‐​internet age often seem outdated in the internet age — and how this poses a danger as courts begin to rethink how these laws are enforced.