The Supreme Court will soon issue its opinion in Masterpiece Cakeshop v. Colorado Civil Rights Commission, determining if baker Jack Phillips must design a cake for the same‐​sex wedding of Charlie Craig and David Mullins.

Libertarians have energetically promoted the right to gay marriage, but they also contend that freedom of association and property rights authorize Phillips to serve whomever he pleases. Black florists shouldn’t be required to sell wreaths for a Klan funeral. Jewish caterers needn’t provide food at a Nazi picnic.

Phillips, however, has not argued freedom of association; and his case won’t be resolved on that basis. Instead the Court will decide whether Colorado’s public accommodations law, which bars discrimination against gays, violates the First Amendment’s free exercise clause or its protection against compelled speech. 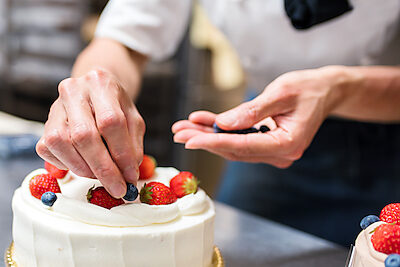 On the religion issue, in 1968 the Court denied a restaurant owner’s claim that he didn’t have to serve African Americans because it “would violate his sacred religious beliefs.” But racial discrimination was pervasive in 1968. Today, more than 60 percent of Americans support same‐​sex marriage. And Phillips isn’t refusing to serve gays, except in furtherance of their wedding.

In 1990, the Court also held that generally applicable laws can incidentally burden religion if they don’t specifically target religion. Colorado’s statute purportedly covers nearly all businesses serving the public, regardless of their owners’ religious views. Still, the law hasn’t been neutrally applied, and certain commissioners may have been motivated by anti‐​religious animus. Moreover, the 1990 case was about restricting religious practices; Masterpiece is about requiring practices contrary to religious beliefs.

Those facts might carry the day for Phillips. But if not, happily for him, clear Court precedents prevent coercing people to convey messages they reject. “If there is any fixed star in our constitutional constellation, it is that no official … can prescribe what shall be orthodox in … religion, or other matters of opinion, or force citizens to confess by word or act their faith therein.” Applying similar reasoning, the Boy Scouts didn’t have to allow a gay troop leader. And Massachusetts couldn’t force parade organizers to include LGBT participants without “violat[ing] the fundamental First Amendment rule that a speaker [can] decide what not to say.”

Phillips won’t design a cake that supports same‐​sex marriage. He’s happy to sell off‐​the‐​shelf products — like cupcakes, or other confections — to gay couples. And he’d gladly bake them a custom cake for another occasion. In fact, Phillips wouldn’t design a same‐​sex wedding cake even for a heterosexual buyer. Nor would he make cakes for other events that violate his religious beliefs, such as Halloween or divorce parties. To Phillips, the message matters, not the identity of the customer.

Craig and Mullins, however, insist that cake‐​making doesn’t convey a message; and judges shouldn’t assess which acts qualify as expressive speech. Yet courts do that all the time. Indeed, courts have decided that expressive speech can include music, flag‐​burning, nude dancing, video games, tattooing, custom‐​painted clothes, stained‐​glass windows, films, paintings, engravings, and even sexually explicit materials.

Consider this hypothetical: Suppose Craig and Mullins insisted on a cake with the words “God Loves Gay Marriage.” Should Phillips, who believes exactly the opposite, be forced to provide that cake? Most reasonable persons would conclude, “Of course not.” But if words are expressive, so are pictures connoting words — such as a swastika or a Confederate flag.

Yes, there’s a sensible solution that would have resolved this case (although imperfectly from a libertarian perspective): Colorado’s legislature could have exempted custom‐​designed products from its public accommodation laws. Businesses would still be barred from discriminating against people on the basis of who they are, but owners wouldn’t have to engage in expressive speech that violated their conscience.

The practical problems here were minimal. Sixty‐​seven bakeries in Denver advertised cakes for same‐​sex weddings; the closest was only one‐​tenth of a mile from Masterpiece. Craig and Mullins had no problem obtaining a suitable cake. Still, they plainly suffered dignitary harm. They were refused service merely because, as Justice Kennedy stated in Obergefell v. Hodges, they “aspire[d] to the transcendent purposes of marriage.”

Three decades earlier, the Court considered a different kind of dignitary harm. The Court ruled that Jerry Falwell, who was caricatured by Hustler magazine as an incestuous drunkard, could not recover damages. Said a unanimous Court: Some dignitary harms must be tolerated to provide “adequate ‘breathing space’ to the freedoms protected by the First Amendment.” Today’s Court should reach the same conclusion.