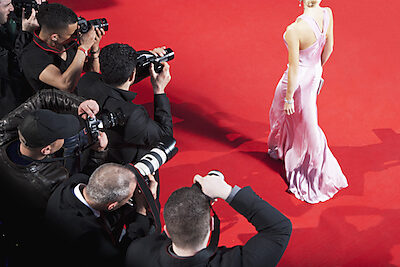 “THERE OUGHTA BE A LAW” IS ALMOST ALWAYS WRONG

I would love to pass laws that help celebrity parents be able to take their kids to places without having to worry about paparazzi.
- Jennifer Lawrence in Hollywood Reporter, December 6, 2017

OR MAYBE SOCIALISM
Three more empty boats were found along Japan’s west coast on Thursday, a day when the snow and the rain made sure the temperature never really rose above freezing. Two bodies reduced to skeletons were found near one, which was upturned on the shore near the city of Oga. … Many analysts think it’s a reflection of food shortages, which in turn are the result of tougher sanctions on North Korea imposed to punish the regime for its continued nuclear defiance.
- Washington Post, December 7, 2017

TAX BILL WOULD LEAVE AMERICANS STUMBLING BLINDLY, WITH NO INSTRUCTIONS ON HOW TO SPEND THEIR MONEY
Because the [tax bill] blueprint raises the standard deduction to cut taxes for many low‐ and middle‐​income Americans, it makes the mortgage interest write‐​off less useful. That could discourage homeownership, especially among first‐​time buyers, and lead to higher tax bills over time, [housing lobbyists] said.

“We’re looking at the current draft plan as an assault,” [National Association of Home Builders] Chief Executive Officer Jerry Howard said. “By raising the standard deduction you put money in people’s pockets, yes, but you’re not encouraging them how to use the money.”
- Politico, December 31, 2016

AUTHORITARIANISM SPREADS
Culture is the soul of the nation, Chinese President Xi Jinping declared in a key speech last month. And like Chairman Mao Zedong before him, Xi believes that Chinese culture must serve socialism and the Communist Party.

This week, more than 100 of the nation’s top filmmakers, actors and pop stars were gathered for a day in the city of Hangzhou to be told exactly what that meant in practice, and to study the spirit of the 19th Party Congress, where Xi gave that speech and set out his “Thought on Socialism with Chinese Characteristics for a New Era.”
- Washington Post, December 2, 2017

WHO REPRESENTS THE TAXPAYERS IN THIS GAME?
Senate Minority Leader Charles E. Schumer (N.Y.) and other Democrats are playing a chess game: They know Republicans want an increase in defense spending, and they’re seeking to use that as leverage to gain domestic spending increases, renewal of the Children’s Health Insurance Program, disaster relief and DACA legislation.
- Dana Milbank, Washington Post, January 10, 2018

DEMOCRATS FINALLY AGREE THAT TAXATION IS THEFT?
“This GOP tax scam is simply theft—monumental, brazen theft from the American middle class and from every person who aspires to reach it,” House Minority Leader Nancy Pelosi, D‐​Calif., said.
- USA Today, December 19, 2017

HOW SMALL, OF ALL THAT HUMAN HEARTS ENDURE, THAT PART WHICH LAWS OR KINGS CAN CAUSE OR CURE
Britain, in fact, already has a serious problem with loneliness, research has found. More than nine million people in the country often or always feel lonely, according to a 2017 report published by the Jo Cox Commission on Loneliness. The issue prompted Prime Minister Theresa May on Wednesday to appoint a minister for loneliness.
- New York Times, January 18, 2018

YES, PRIME MINISTER
Defense Secretary Jim Mattis used an approach that aides say can work: “He says, ‘Your instincts are absolutely correct,’ and then gets him [the president] to do the exact opposite of what his instincts say,” said one person close to the White House.
- Wall Street Journal, January 18, 2018