Cato senior fellow Tom G. Palmer, who traveled to Baghdad in 2004 and earlier in 2005, toured the Kurdish region of northern Iraq in November to promote the principles and policies of freedom. He recruited new translators for Cato’s ambitious project to make available libertarian ideas and policy recomendations in Arabic and also began a more modest initiative to publish books by Frederic Bastiat and F. A. Hayek in the Kurdish language.

Palmer’s trip started in Oman, where he took part in the launch of the Fraser Institute’s Economic Freedom of the Arabic World project. From there he flew to Jordan and then on to Erbil in northern Iraq. In Erbil Palmer met with members of the Iraqi national parliament and the Kurdish regional parliament, gave a public lecture on “The Political Economy of Freedom” at Salahaddin University, met with Minister of Education Abdul‐​Aziz Tayib and his staff (they had an extensive discussion of private education), and held several meetings with the president and deans of Salahaddin University. Palmer agreed to provide books for the university’s library and to assist the university in preparing professors of political science and economics to teach the principles of limited government and the free market, two topics that have until recently been little known in the region.

In Koya Palmer met with the president and officers of the new University of Koya. Palmer made a commitment to provide books for the new university library and to help to attract foreign guest lecturers and visiting professors. He then drove to Suleimani and met the next morning with the minister of education for the eastern region of Kurdistan, Dr. Akhtar Najmadin, and her staff. He gave a well‐​attended lecture for students and faculty. After meetings with several faculties, he gave a lecture for civic and political leaders and journalists on the rule of law, legal impartiality, and social and political pluralism.

For both presentations, Palmer’s Powerpoint presentations were translated into Kurdish and his remarks were translated by a leading Kurdish journalist, who is now translating Bastiat and Hayek into Kurdish. Both lectures were filmed and shown on television, and Palmer was interviewed by two newspapers, including the leading “Voice of Kurdistan” paper. A major theme of the interviews was the importance of eliminating price controls and freeing prices to “tell the truth.” As Palmer remarked afterward, “Iraqis generally understand how price controls create shortages, long lines, and corruption. They understand that the real cost of goods and services goes up under price controls, when you add in the waiting time and the bribes that have to be paid. In fact, they get the point better than most Americans do, because they see the bad effects of price controls before their eyes.”

Palmer is now working with the Iraqi Institute for Economic Reform on a major public campaign to explain the role of free prices to Iraqis. Gasoline prices are controlled far below the market level, and modest efforts to raise prices led to public disorder, with rioters burning some gas stations. Little effort had been made to explain to the public the benefits of free prices or the enormous costs of subsidized or below‐​market prices. A campaign is also planned to explain in clear language the costs of continuing the system of foodstuff rationing that is a legacy of the Saddam regime and the international sanctions placed on Iraq. If successful, the campaign, which will use television and radio, essay contests in all regions of Iraq and newspaper articles, may be expanded and applied to other areas of the economy.

Said Palmer: “It is vitally important that freedom be grasped by the people of the Middle East. They are more likely to grasp it themselves if they have access to the tried and true ideas of freedom, and that is what our Lamp of Liberty project and our other initiatives in the Middle East are trying to facilitate. Without economic and personal freedom, the Middle East will suffer indefinitely from tyranny and conflict, which will be truly terrible for the people who live there and bad for the rest of the world. We cannot afford to fail.”

India Will Never Be Great Until It Protects Religious Freedom 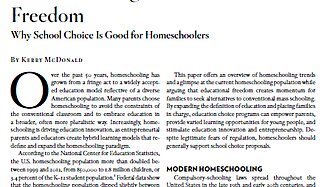