Like the rest of the world, in early March the Cato Institute suddenly had to respond to the emerging COVID-19 pandemic. The Institute’s Massachusetts Avenue building in Washington, DC, is mostly empty for the time being. But even in this time of crisis, our important work continues unabated. Cato employees quickly transitioned to a work‐​from‐​home posture, and live events were postponed or adjusted to occur online only. Most importantly, Cato scholars are responding quickly with important analysis and commentary as government responses evolve rapidly. Much of this timely commentary can be found on our Cato At Liberty blog at cato​.org/blog. 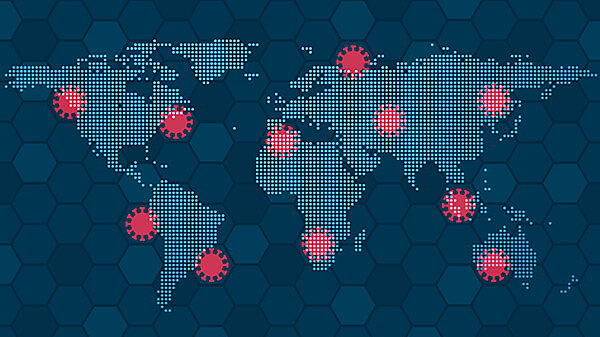 Just as the COVID-19 pandemic has upended our daily lives, it has transformed the political landscape, with governments at all levels exercising emergency powers rarely seen outside the context of total war. With so much at risk, what’s needed now is sober, realistic assessment of the choices ahead—a guide to policies that can stem the damage while avoiding permanent transformation of American life and law. The Cato Institute aims to meet that need with this new series.

Jeffrey A. Singer is a Cato senior fellow in the department of health policy studies and is principal and founder of a medical practice in Arizona where he has worked as a general surgeon for more than 35 years. In response to the outbreak, Singer has been a leading voice pushing for the relaxation of government regulatory barriers that are impeding our country’s ability to respond in the most effective way possible. In a March 18 post, Singer explored a longadvocated libertarian policy that has suddenly found new urgency: allowing doctors and other medical professionals to practice across state lines, regardless of which state they are licensed in. States including Massachusetts, South Carolina, Texas, and Maryland have moved quickly to adopt this policy as an emergency procedure. The federal Centers for Medicare and Medicaid Services also issued a national emergency order to pay doctors for services rendered out of state from their usual license.

As Singer explained, “When this public health crisis passes, governors should seek legislation making the temporary reciprocity permanent. If making it easier for out‐​ofstate doctors and nurses to provide care to their state’s residents is good in time of emergency, it should be good when there is not an emergency. It would be foolhardy to wait until a similar threat appears in the future before recognizing this.” Also from the medical angle, Singer has written about how one of the main drivers of the crisis has been regulatory delay in rolling out mass‐​produced tests for the coronavirus. Here, too, after much initial delay and confusion, policymakers have responded by unshackling the private sector from needless regulations that have produced deadly delays. As he explains, “The speed with which the private sector is responding to the demand for coronavirus testing once the regulatory ankle weights have been temporarily removed is a spectacle that should not go unnoticed by politicians and policymakers. It is unfortunate that it took a calamitous epidemic to provide this lesson in deregulation.”

Cato’s Chris Edwards has also been covering rapid regulatory changes, as many learn the lesson that, as Edwards puts it, “governments should repeal regulations that aren’t in place for legitimate safety reasons.” Many regulations that have long been the target of libertarian ire have been suspended or repealed to respond to the emergency, from certificate‐​of‐​need rules that limit expansion of hospital capacity to emergency waivers allowing hard‐​hit restaurants to serve alcohol for off‐​site consumption and home delivery.

With the economy in turmoil, rapid reaction has also been the order of the day for the Federal Reserve and Congress. George Selgin, director of Cato’s Center for Monetary and Financial Alternatives, urges the Fed and Congress to stay in their respective lanes. In the March 18 post “Holding the Line: Maintaining Fiscal and Monetary Policy Boundaries in the Midst of a Crisis,” Selgin explains why it’s even more crucial in an emergency for Congress not to outsource fiscal stimulus measures to the Fed and why the Fed should remain independent and focused on monetary policy.

There is no aspect of our lives that has not been touched by the epidemic, and so the broad range of Cato scholars’ expertise has come to bear even on unexpected topics. David Boaz, executive vice president, urged policymakers to keep their eye on the immediate problem in “Keep Emergency Legislation Narrow and Focused.” Senior Fellow Walter Olson has also written about the need to protect freedom of speech and civil liberties during an emergency, recommending a piece by Greg Lukianoff of the Foundation for Individual Rights in Education (FIRE) to make the point that “free speech helps bolster resilience to threats like the virus.”

These are just some of the timely responses from Cato scholars, and for daily updates, continue to check Cato​.org. In addition to written work, Cato also continues to produce the Cato Daily Podcast, hosted by Director of Multimedia Caleb O. Brown. Since transitioning to remote recording, Brown has interviewed William Yeatman, research fellow, about the suspension of regulations that were never needed; Clark Neily, vice president for criminal justice, about how courts are reacting and in many cases suspending or delaying cases; Simon Lester, associate director of Cato’s Herbert A. Stiefel Center for Trade Policy Studies, about the urgent need for international trade and cooperation; Alex Nowrasteh, director of immigration studies, about the flood of pandemic travel bans and what they mean for long‐​term immigration policy; and Diego Zuluaga, policy analyst in the Center for Monetary and Financial Alternatives, about solvency and liquidity in the markets during the pandemic.

The principles of free markets, limited government, civil liberties, and peace are needed more than ever in a time of emergency. The Cato Institute remains fully committed to providing sound public policy analysis at a time when Americans need it most. We thank you for your support that makes this mission possible and look forward to making it through this together. Until then, Cato wishes everyone good health and a fast return to better days.