This February 14th marks the 100th anniversary of the birthday of Frederick Douglass — or rather, the birthday he chose to celebrate. Born into slavery in Maryland, Douglass would never know the date of his birth, or even who his father was, with any certainty. Douglass’s breathtaking story, escaping from slavery to become a self‐​taught scholar, international celebrity, and one of America’s most important abolitionists, is the stuff of history books. But what is less understood is Douglass’s political philosophy — a philosophy that was, in many ways, classical liberal, or libertarian. 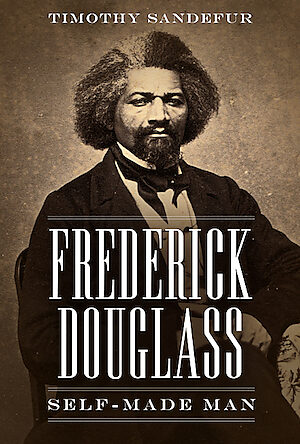 In Frederick Douglass: Self-Made Man, Cato adjunct scholar Timothy Sandefur celebrates Douglass’s legacy as not only a man who famously escaped from slavery, but as a brilliant scholar who wrote eloquently of liberty, individualism, and how private property and free enterprise are befitting of the inherent dignity of free men, all created equal. Too many scholars of Douglass, Sandefur writes, have either overlooked his scholarship or openly criticized it as “bourgeois,” as one wrote, and tethered to “self-possessive individualism.”

Many downplay Douglass’s belief — which was controversial among abolitionists at the time — that the Constitution is a fundamentally pro-liberty document. Sandefur documents Douglass’s fascinating evolution on this question, which eventually led him to split with his former ally William Lloyd Garrison. Garrison argued that the Constitution was a pro-slavery document and that it must be rejected entirely. Douglass instead wrote that the Constitution’s “principle and purposes” were “entirely hostile to the existence of slavery,” and that to embrace emancipation would be to fully embrace the ideals of the American Founding.

Douglass scholars and biographers also diminish the role that private property and the free market played in Douglass’s life and philosophy. Sandefur explains how the injustice of unpaid labor shaped Douglass’s rebellion against his “masters” — “He did not earn it; he had no hand in earning it; why, then should he have it? I owed him nothing,” as Douglass wrote in his famed autobiography. “What is freedom? It is the right to choose one’s own employment,” he declared in a later speech. This belief that individual liberty was irrevocably tied to free enterprise would lead him to later condemn communism and socialism. He was particularly infuriated by a speaker who likened capitalism and the ownership of land to slavery. The ownership of land was “no harm. ... It is right that [people] should own it,” said Douglass. But slavery was a “sin against self-evident truth.”

Sandefur weaves the harrowing and moving story of Douglass’s life, from learning to read in secret, to his dramatic escape, to his days spent advising presidents and thundering against the continued lack of full racial equality following the Civil War, with historical context and reflections on the development of Douglass’s political philosophy. Douglass, Sandefur concludes, was “a radical for individualism and for the ‘bourgeois virtues’ of self-reliance, industry, and personal pride. He was not likely to be attracted to any doctrine that subordinated individual rights — whether free speech or property rights — to the interests of the collective.” He was the ultimate self-made man: born with nothing, denied even a birthday or the chance to know his parents, he would spend his life improving himself and urging others to give everyone, no matter their race or sex, the chance to do the same. Sandefur laments that, in some ways, Douglass has never received his due — particularly for his great impact on political thought and constitutional theory. Sandefur’s brief, easy-to-read treatment of his life takes one step toward remedying that.