Mark Twain famously cited the three kinds of lies — “lies, damned lies, and statistics” (although he attributed the now‐​popular saying to British Prime Minister Benjamin Disraeli). Statistics can indeed be baffling, and are easily manipulated in the hands of clever — or sometimes, merely misinformed — speakers. A new book from Lib​er​tar​i​an​ism​.org, Understanding Statistics by Antony Davies — along with a video guide — helps the average reader dispel confusion on these matters and learn to evaluate facts like a statistician. 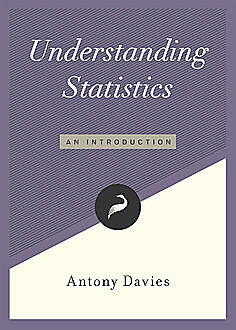 For example, from 1995 to 2015, the poorest 20 percent of Americans went from earning 3.7 percent of all household income earned in the country to 3.1 percent. Someone might conclude that this shows that the poor are getting poorer. But this is a misunderstanding of statistics, which uses aggregated data — many data points combined into a single measure. This statistic has aggregated the poor in 1995 into a single number and then compared that with another aggregation of the poor in 2015 — but “the poor” in 2015 are not necessarily the same people who were “the poor” in 1995, and we can’t compare them directly. A better way to see if the poor are getting poorer would be to measure income inequality across the span of a person’s career. And when we do that, we find that, in fact, across generations, the poor are getting richer faster than the rich are getting richer.

Davies teaches readers to recognize the most common errors made in reporting and interpreting statistics, arming them with the tools to sort out these problems on their own. As he writes, “Understanding statistics is the first step toward seeing the world more clearly.”

A Guide to Saudi Arabia’s Influence in Washington