Craig VanGrasstek is an Adjunct Lecturer in Public Policy at the Harvard Kennedy School, and according to The Economist, “keeps a sharp eye on the politics of trade.” His firm, Washington Trade Reports, specializes in monitoring and analyzing current issues in trade policy. He has worked as a consultant in nearly four dozen countries on five continents, with expertise in the fields of trade negotiations, preferences and free trade agreements, WTO accessions, dispute settlement, trade in services, and the trade policy making process of the United States. His clients include the World Trade Organization (WTO), the Organization for Economic Cooperation and Development (OECD), the United Nations Conference on Trade and Development (UNCTAD), the World Bank, and other international organizations, as well as government agencies and private firms.

He holds a doctorate in political science from Princeton University and a Master of Science in Foreign Service degree from Georgetown University. He has taught trade policy at Harvard University and American University, and also teaches an innovative course at Georgetown University on foreign policy and literature. In addition to numerous reports to international organizations, book chapters, and journal articles, Dr. VanGrasstek’s publications include (with Stephen Lande) The Trade and Tariff Act of 1984: Trade Policy in the Reagan Administration (1986), and The History and Future of the World Trade Organization (Geneva, 2013). 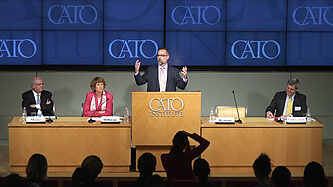 The WTO and the Uncertain Future of Multilateralism