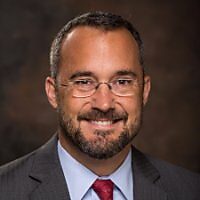 The Cato Institute today named Clark Neily as Vice President for Criminal Justice. Neily, a well‐​known and accomplished litigator and public speaker, has specialized in challenging government entities for unconstitutional incursions on the rights of individuals. He will lead Cato’s efforts on criminal justice issues and related topics, a key element of Cato’s long‐​time work in defense of civil liberties.

“I’ve admired Clark and his work for many years, so I am delighted that he is joining Cato in such an important senior position,” said Cato President and CEO Peter Goettler. “While recognizing criminal justice and law enforcement as important and legitimate roles of the state, we also recognize the problems that the drug war, mass incarceration, police militarization and misconduct, civil forfeiture, and other relevant policy concerns create for individual liberty in America. Cato has long been a leading voice in these areas and under Clark’s leadership this voice will get louder.”

Before joining Cato, Neily spent 17 years at the Institute for Justice as a senior attorney, litigating cases involving economic liberty, property rights, school choice, free speech, and other constitutional issues. Neily is an adjunct professor at the University of Texas School of Law, where he teaches cutting‐​edge constitutional litigation. He is also the author of Terms of Engagement: How Our Courts Should Enforce the Constitution’s Promise of Limited Government (Encounter Books, 2013), which argues that judicial failure to fully enforce the Constitution has led to greater government power and diminished individual rights.

In other work, Neily conceived the idea of challenging the District of Columbia’s restrictive gun control laws with the goal of getting a Supreme Court decision affirming that the Second Amendment protects an individual right to keep and bear arms. He worked alongside Cato senior fellow (now Cato Board Chair) Robert Levy and co‐​counsel Alan Gura between 2002 and 2008 to develop the District of Columbia v. Heller case and carry it to the Supreme Court, which did indeed uphold for the first time in history the individual right to possess firearms.

“I am honored and excited to join my friends at Cato and invest myself in the vital work of reforming America’s increasingly arbitrary, unaccountable, and excessively punitive criminal justice system,” said Neily. “Cato’s advocacy on behalf of liberty and limited government is unparalleled, and the need for principled discourse on matters of criminal justice has seldom been more urgent. I look forward to leading that effort and helping ensure our justice system is one that all Americans can be confident in and proud of.”

A Texas native, Neily spent four years in the trial department of the Dallas law firm Thompson and Knight before joining the Institute for Justice. He also clerked for Judge Royce Lamberth on the U.S. District Court for the District of Columbia. Neily is a graduate of the University of Texas Law School, where he was Chief Articles Editor of the Texas Law Review. He earned his B.A. in Philosophy and Russian from the University of Texas.