We hear a lot about moral decline these days. Michael Shermer, the author of Why People Believe Weird Things, The Believing Brain, and eight other books on the evolution of human beliefs and behavior, argues that the scientific way of thinking has made people — and society as a whole — more moral. The Age of Reason and the Enlightenment led theorists to apply scientific reasoning to the nonscientific disciplines of politics, economics, and moral philosophy. Instead of relying on the woodcuts of dissected bodies in old medical texts, physicians opened bodies themselves to see what was there; instead of divining truth through the authority of an ancient book, people began to explore the book of nature for themselves through travel and exploration; instead of the supernatural belief in the divine right of kings, people employed a natural belief in the right of democracy. Abstract reasoning, rationality, empiricism, and skepticism, Shermer says, have profoundly changed the way we perceive morality and, indeed, move us ever closer to a more just world. With advance endorsements from Steven Pinker, Jared Diamond, and Michio Kaku, this book is likely to provoke lots of debate. 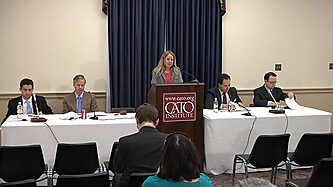 The Libertarian State of the Union 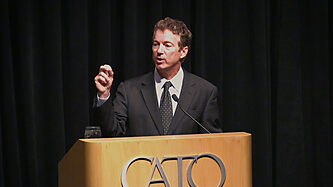 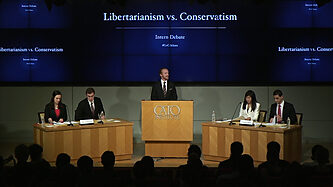 Libertarianism vs Conservatism: An Intern Debate