On December 14, 2017, the Federal Communications Commission (FCC) voted to repeal “net neutrality,” a set of Obama‐​era regulations that had only been enacted in 2015. The outcry was oversized. Racist memes featuring FCC chairman Ajit Pai, who spearheaded the repeal effort, flooded the internet, while grassroots activists invaded Pai’s neighborhood, placing pamphlets with his face on his neighbors’ doorsteps, peering through the windows of his house, and taking photos of his young children inside. Faced with death threats, Pai had to cancel speaking engagements in the months following the vote for fear of his safety. Minutes after the vote, New York Attorney General Eric Schneiderman announced his intent to lead a multistate lawsuit against the FCC to “stop illegal rollback of net neutrality.” Net neutrality supporters in more than 20 states quickly joined the suit. Powerful tech companies like Netflix, Reddit, Amazon, and Kickstarter called for the immediate restoration of net neutrality. Executive orders in New York and Montana imposed net neutrality requirements on internet service providers that had contracts with those states, and Washington recently became the first state to pass its own version of net neutrality. Even now, the debate continues, with Senate Democrats pushing to restore the net neutrality rules the FCC vote repealed. Yet what really has changed in the six months since the repeal vote? On Thursday, June 14, the six‐​month anniversary of the controversial FCC vote, please join the Cato Institute for a one‐​on‐​one interview with FCC chairman Ajit Pai. Pai will explain what net neutrality is, why he supported its repeal, and what comes next for the future of the internet. 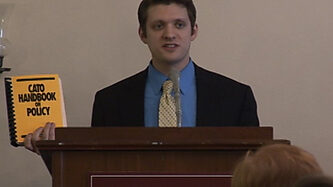 The Dangers of Network Neutrality Regulation 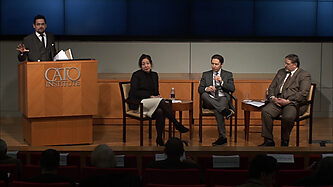 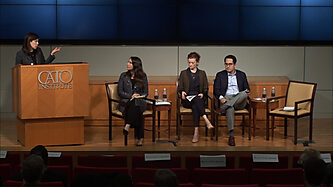