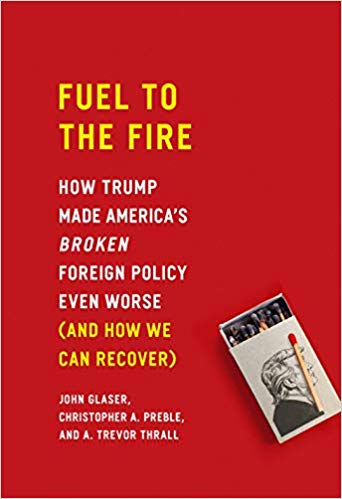 In Fuel to the Fire: How Trump Made America’s Broken Foreign Policy Even Worse (and How We Can Recover), John Glaser, Christopher Preble, and Trevor Thrall argue that, instead of breaking from his party and the bipartisan consensus that has guided foreign policy for decades, Trump’s administration shows remarkable continuity with the more misguided policies of the last three decades. Simultaneously, the administration has undermined and stifled our two most valuable foreign policy tools: trade and diplomacy.

Join us as the three authors discuss their book and the Trump administration’s foreign policy.