Some political leaders are saying that income and wealth inequality are at unacceptable levels and need to be countered by higher taxes on the wealthy and more transfer payments. But the data used to support those arguments are often misunderstood and omit key elements of the picture. John Early will describe gaps in the official data used in the inequality debate and discuss alternative income measures that better capture the well‐​being of different groups. Early argues that policymakers need to get the facts right before imposing prescriptions on the economy.

John Early has twice been assistant commissioner of the Bureau of Labor Statistics, where he became an expert on these measurement issues. He has published a Cato study and a series of op‐​eds with former U.S. senator Phil Gramm examining the U.S. data on inequality. Following Early, Edwards will discuss the different sources of data on wealth inequality and the role of wealth in the economy.

Breaking Barriers: Art as the Messenger 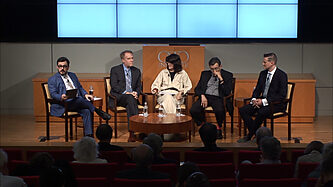 “I Am Offended”: Art & Free Expression