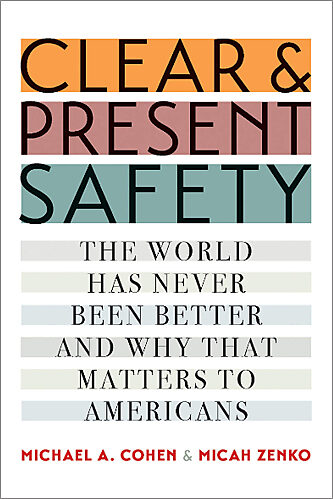 What most frightens the average American? Terrorism. North Korea. Iran. But what if none of those are probable or consequential threats to America? What if the world today is safer, freer, wealthier, healthier, and better educated than ever before? What if the real dangers to Americans are noncommunicable diseases, gun violence, drug overdoses—even hospital infections?

In this compelling look at what they call the “Threat Industrial Complex,” Michael A. Cohen and Micah Zenko explain why politicians, policy analysts, academics, and journalists are misleading Americans about foreign threats and ignoring more serious national security challenges at home. Cohen and Zenko argue that we should ignore Washington’s threat mongering and focus instead on furthering extraordinary global advances in human development and economic and political cooperation.

Join us as Zenko and Cohen discuss their book, with additional comments by Sharon Burke of New America.