UN Ambassador Nikki Haley is no diplomat. A neoconservative serving a president who criticized Hillary Clinton’s reflexive hawkishness, Haley has been preaching confrontation with Syria, Iran, and Russia, none of which would be in America’s interest. 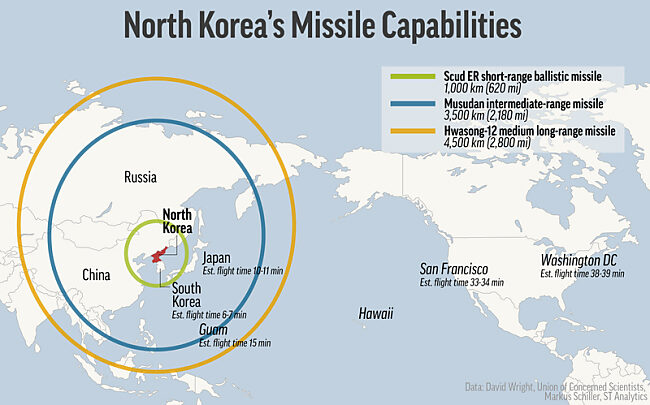 Now she is breathing fire against the People’s Republic of China over its failure to follow her directions on how to treat North Korea. Alas, her approach makes cooperation between Washington and Beijing over the country much less likely.

Even before her comments, it was obvious that the bromance between Presidents Donald Trump and Xi Jinping had cooled. After barely two months, the former tweeted that he had abandoned hope in the PRC: “While I greatly appreciate the efforts of President Xi & China to help with North Korea, it has not worked out.”

The seeming generosity of the President’s comment disguised his sharp shift in policy. Washington recently announced that it was selling weapons to Taiwan, downgrading the PRC’s human trafficking designation, blacklisting Chinese enterprises dealing with the Democratic People’s Republic of Korea, and targeting Beijing on trade.

On the DPRK, Haley admitted that the Chinese had taken some steps, such as barring coal purchases. However, “We have to say now, clearly, that’s not enough.” And to get her way she’s waving the threat of trade sanctions: “This is encouraging and motivating China to say this is a whole new level, this is an ICBM test. We need you to do more.”

In particular, economic retaliation is likely if the PRC vetoes new sanctions against North Korea by the UN Security Council. “If they don’t go along with [the resolution], the President has made it clear that he will start looking at trade relations.”

The Trump administration’s apparent expectation that Washington need only say the word and Beijing would abandon long‐​settled policy and deliver its sole East Asian ally to America was always a fantasy. China’s policy toward North Korea may be in greater play today than ever before, but the PRC cannot be bludgeoned into compliance by the U.S.

Beijing is evidently unhappy with North Korea’s unsettling behavior. For instance, Kim Jong‐​un has been in power for more than five and a half years but has not yet been invited to Beijing. In contrast, South Korea’s last president met Xi a half dozen times.

However, the PRC’s relationship with its small neighbor is not an afterthought that can be determined by a promise of undefined future trade benefits. Although commercial relations are Washington’s focus, ties between Beijing and Pyongyang go far beyond economics. In 1950, the PRC intervened militarily to prevent U.S.-led forces from overrunning the North. Since then, DPRK‐​China relations have been of special interest to the Chinese People’s Liberation Army as well as its Communist Party, which maintains an International Department that runs parallel with the Foreign Ministry. Even as China’s public has soured on relations with North Korea, the government has continued to view instability as a greater threat than proliferation.

Indeed, Beijing has little sympathy for the U.S. as the former does not see itself in any way responsible for North Korea’s nuclear and missile developments. Although U.S. officials complain that North Korea poses a security threat, the Chinese government realizes that this reality is only possible because Washington inserted itself into the Korean Peninsula’s affairs. The North wants a deterrent to prevent American military action. If the U.S. did not threaten the DPRK, Pyongyang would take little note, if any, of America. For this reason, the PRC long has encouraged Washington to change its “hostile” policy and threats against North Korea.

Thus, if the Trump administration wants to change Chinese behavior, it needs to acknowledge the legitimacy of Beijing’s concerns: that a failed state spewing armed conflict, desperate refugees, and loose nuclear weapons lies northward. Even worse would be a reunited Korea, allied with America and hosting U.S. troops on the border. Washington needs to address these issues with carrots as well as sticks.

American and Chinese officials should have a sit‐​down. The U.S. should indicate that it is serious about diplomacy with the North and prepared to offer real benefits, economic and security related, in return for nuclear disarmament. Beijing always has urged negotiation, not surrender, for the DPRK.

Moreover, Washington should indicate what it is prepared to do to mitigate the costs of a North Korean breakdown—such as helping to finance the care of refugees and accepting Chinese military intervention to stabilize a reform government in the North. The Republic of Korea and Japan should also be members such pledges.

In return for Korean reunification, the PRC might want the ROK to protect some of the economic investments made by China and Chinese firms in the North over the years. As a matter of course Chinese enterprises should do well, since the PRC now trades more with the South than the U.S. and Japan combined. However, Beijing might request more.

Even more important, Washington should forswear taking advantage of a Chinese‐​induced North Korean collapse to strengthen America’s East Asian policy of containment. If the Koreas reunite, American troops should come home and the U.S. should maintain no bases on the peninsula. Better yet, the South could pledge military neutrality, that is, no more military alliance with America.

The flip side would be for American officials to warn, politely, with a hint of regret in their voices, that U.S.-China relations would likely deteriorate if no accord was reached. And one could see that in a number of areas, ranging from trade to South China Sea territorial claims. Overall, reaching an agreement would be in the PRC’s and America’s mutual interest.

The Trump administration needs to negotiate, not dictate. China still might balk. And even bilateral cooperation might not bring Pyongyang to heel. But unless Washington recognizes that the PRC, too, has security issues at stake, the U.S. risks pushing China and North Korea back together.