Speaking today at a Whirlpool factory in Clyde, Ohio, President Trump will credit his January 2018 decision to impose 50% “safeguard” tariffs (at Whirlpool’s request) on imported washing machines with creating 200 Ohioan jobs and spurring new domestic investment in appliance manufacturing across the country — a testament to the President’s economic nationalist policy and vision. Continuing that vision, Trump will also announce he’s signing an Executive Order that “instructs the government to develop a list of ‘essential’ medicines and then buy them and other medical supplies from U.S. manufacturers instead of from companies around the world.”

If news reports are correct, however, President Trump will omit several crucial details about Whirlpool and his washing machine tariffs – details that caution against following a similar economic nationalist path for essential drugs and other medical goods. 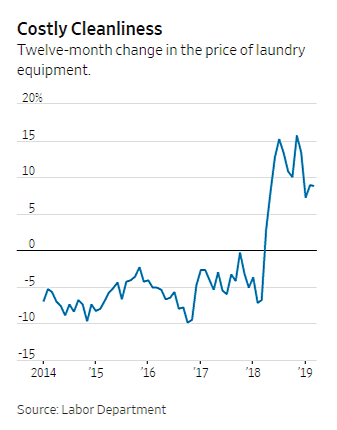 None of this inspires confidence about the President’s new economic nationalist plans to revive domestic production of pharmaceuticals and other “essential” medical goods. Granted, at this stage President Trump’s new executive order sounds more like a campaign message than a serious policy change, and it involves Buy American rules, not tariffs. However, the administration has already announced subsidies for new domestic production of both pharmaceutical inputs and finished generic drugs – despite serious questions about the need and implementation of such plans – and economic nationalist policies have a long history of snowballing. (In fact, Trump’s washing machine tariffs were actually the third time that Whirlpool had petitioned and received government protection from imports.) It’s quite logical to assume that subsidized national champions making low‐​margin bulk commodities like generic drugs and their ingredients will seek more government help when faced with intense, lower‐​cost import competition, and that the government will at that point have a strong incentive to provide it.

If Trump’s washing machine tariffs are any indication, however, we should all hope that they pass on the chance – especially for something far more essential than a washer‐​dryer.