White House Agrees with Me, Admits Tax Revenues Will Climb above Long‐​Run Average Even if All Tax Cuts Are Made Permanent

Earlier this year, I explained that tax revenues would soon climb above their long-run average of 18 percent of GDP, even if the 2001 and 2003 tax cuts were made permanent. In other words, the nation's fiscal challenge is entirely the result of a rising burden of government spending.

Even though the data on tax revenue comes from the left-leaning Congressional Budget Office (yes, the same folks who seem to think you maximize growth with 100 percent tax rates), many folks on the left simply refuse to believe the numbers. In their minds, it is a religious tenet that red ink is the result of "tax cuts for the rich."

So I wonder what they will think of this chart, produced by the White House, that shows tax revenues will...drum roll please...rise above 18 percent of GDP even if lawmakers decide to "extend current policy." 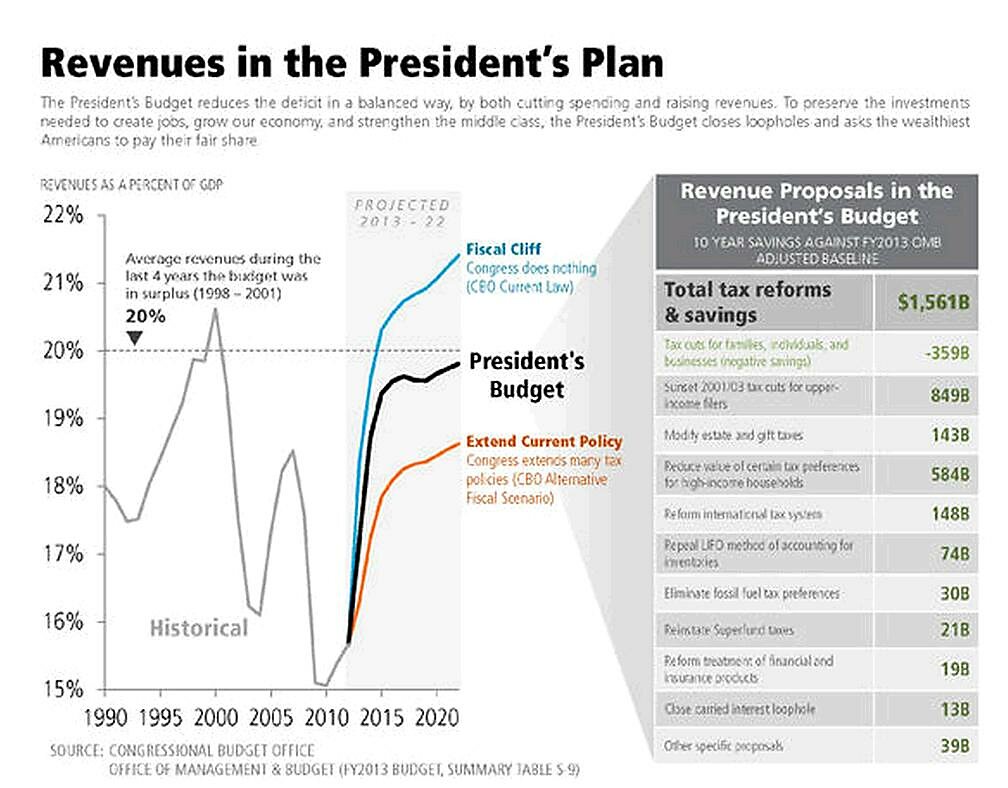 Apologies for the poor quality of the chart, by the way. It was sent out in an email by the White House and posted on the TaxProf Blog. It's the best copy I can find.

But you don't need 20-20 vision to see that tax revenues will get to about 18.5 percent of GDP 10 years from now if current tax policy is made permanent.

Here's a chart I made. It's not as fancy, but it shows tax revenue for the last 50 years of the 20th Century, plus the years leading up to Obama this century. The average is exactly 18.0 percent, with a slight upward trajectory according to the Excel auto-trendline feature. 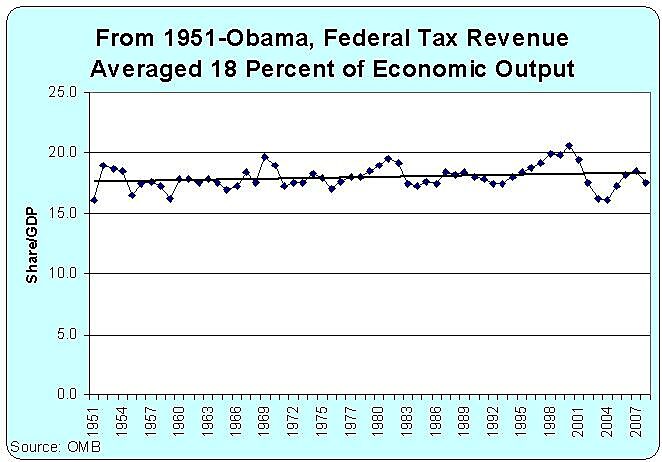 The moral of the story is that the tax increase battle is not about deficits and debt. The President's class-warfare tax policy is designed to enable bigger government.

In the short run, the tax increase will help lock in place the expansion of government that took place during the Bush-Obama years.

In the long run, though, the left will want even more taxes to enable the demography-drive expansion of the welfare state. Higher revenues, in other words, are a substitute for real entitlement reform.

What the left generally won't admit, however, is that the rich are not a piñata, capable of disgorging limitless amounts of new money. There are big Laffer-Curve effects when tax rates climb too high, largely because upper-income taxpayers have considerable control over the timing, level, and composition of their income.

So the ultimate target will be the middle class, as more and more statists are admitting, and the most worrisome threat is the value-added tax.

P.S. You may have noticed that the White House used 20 percent of GDP as a benchmark in its chart, apparently because we should strive for the fiscal policy we had in Bill Clinton's second term. I might be willing to take them up on that offer, so long as they're also willing to accept Bill Clinton's spending levels.