Which Way Is Inflation Headed?

First let me admit I do not have a crystal ball, nor does anyone I know, so given the limitations of economic forecasting, one can only attempt educated guesses as to the direction of any economic variable. That said, I found the chart below, taken from the most recent Bureau of Labor Statistics’ Consumer Price Index release, to be interesting in terms of the clear trend. 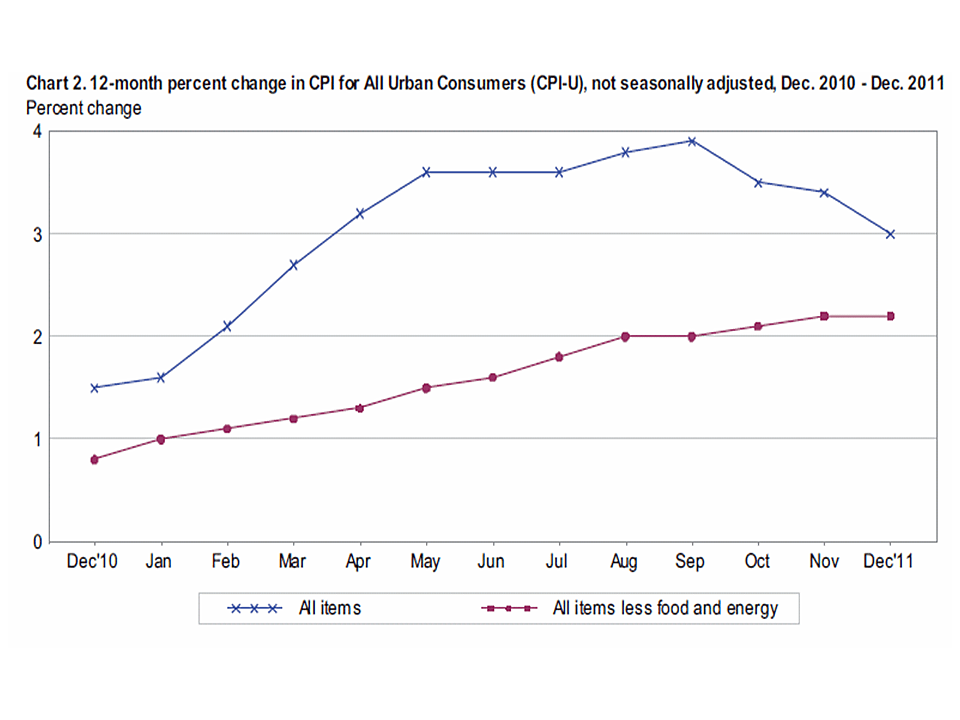 The lower line is core CPI, the Federal Reserve’s preferred measure of inflation, the upper line is the full CPI, which includes food and energy prices. The good news is that while still higher than I’d prefer, food and energy prices started to moderate in the fall of 2011. That moderation in food/​energy prices, however, did not translate into a lower core CPI. In fact the core CPI continued its fairly steady increase. Since September 2011, core CPI has been, on an annualized basis, above the Fed’s target of 2 percent (let’s set aside, for the moment, whether this is the right target or if it is even measured appropriately). Remembering that monetary policy works with “long and variable lags” the time to worry about inflation is before it hits, not after. Given the clear upward trend in the government’s own charts, I’d say we are already past the point where we should start worrying.