We’re Living Longer Lives Than Ever

Yesterday, the Washington Post reported that the U.S. age‐​adjusted death rate has ticked up slightly, breaking a trend of long‐​term decline. That is worrying and worth looking into, but let’s not lose sight of the broader picture. 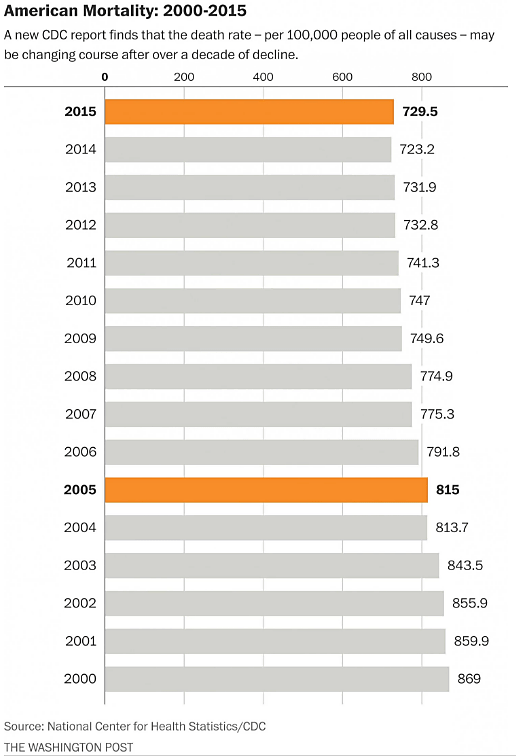 The rise in U.S. life expectancy has been going on for more than a century—almost uninterrupted. The only major disruption to the trend was a brief dip a century ago caused by the Spanish Flu pandemic following the end of WWI. What a pity that long‐​term trends do not make for flashy headlines! 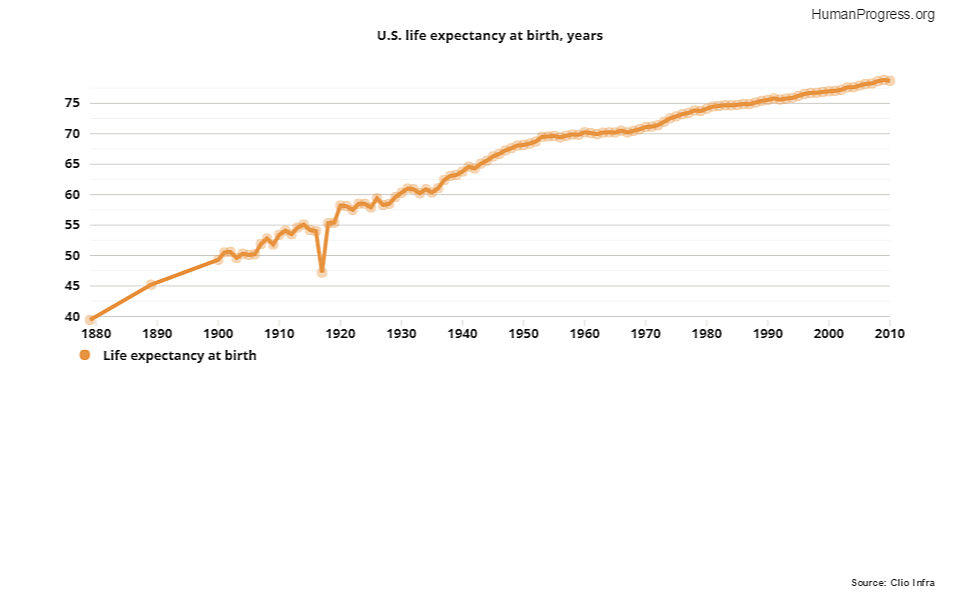 Life expectancy isn’t the same for different groups. As is the case globally, the gender gap in the United States favors women. Scientists are still studying why women live longer than men, but it may be related to differences in the immune system. 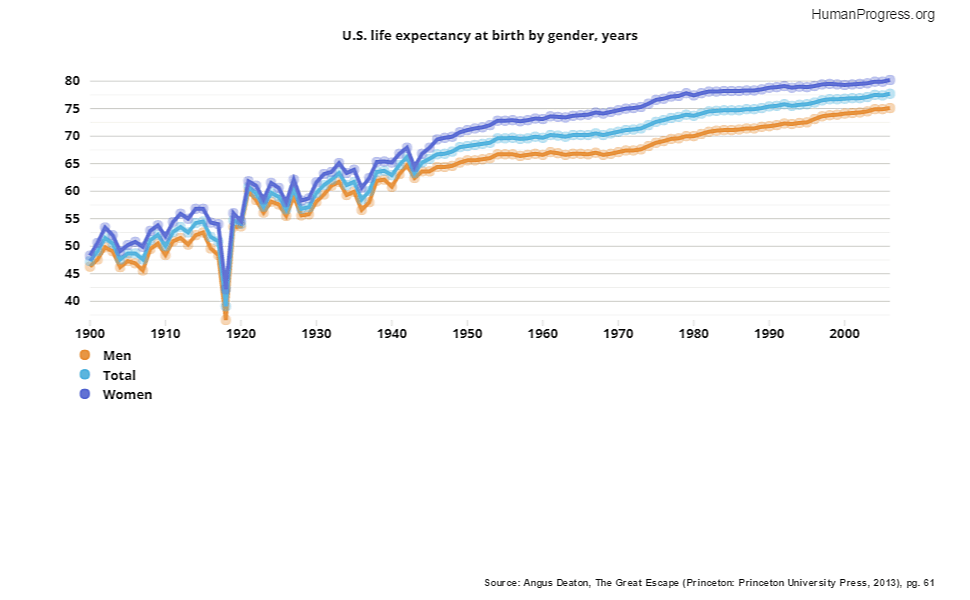 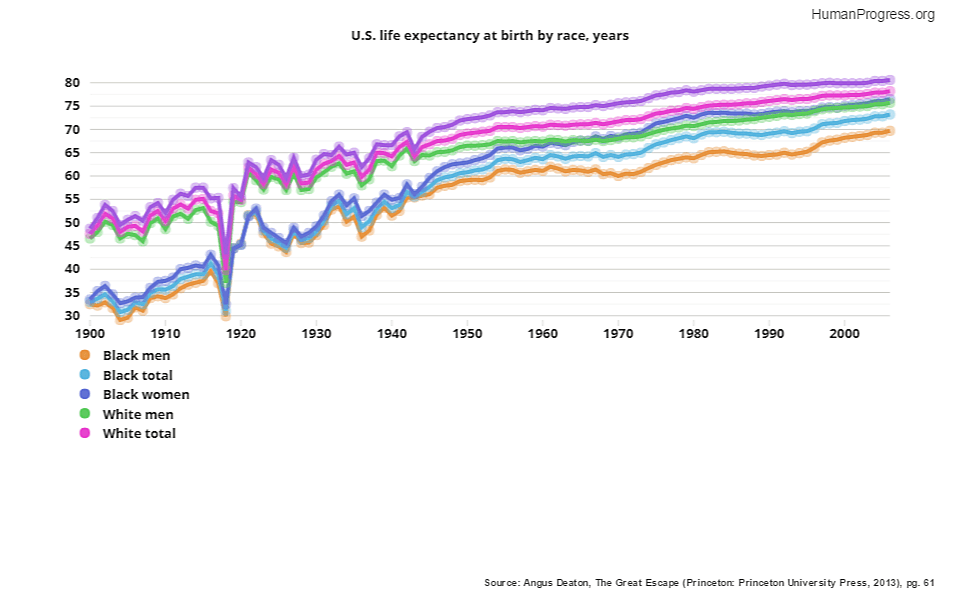 Life expectancy has been rising at an even faster pace in most developing countries, thanks in large part to falling infant mortality rates. In my lifetime alone, Africans have gained almost eight years of life on average, while U.S. life expectancy has risen by almost four years. While it may not make for a good headline, rising life expectancy certainly makes for a story worth telling.