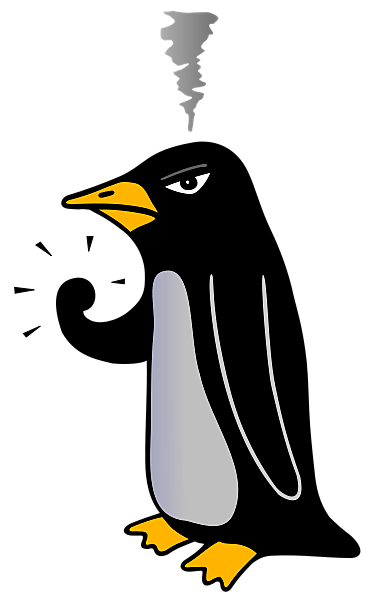 While almost certainly not intended to do this, yesterday the Council of Chief State School Officers – one of the creators of the Common Core – held a revelatory panel discussion with four state superintendents. Revelatory, because two Core‐​supporting state superintendents said pretty much what many Core opponents have long explained: Even if the standards are of outstanding quality, the Core won’t work because “accountability” won’t be rigorously implemented.


Starting around the 30‐​minute mark of the event video you can start catching comments from Tennessee Supe Kevin Huffman, and New Mexico’s Hanna Skandera, lamenting past failure to translate high standards into performance, and the abandonment of Common Core testing by teacher unions. Huffmann seems especially shocked and angry that state unions he thought were on board with the Core and all its attendant accountability measures are suddenly fighting tooth and nail against it.


Said Huffmann, whose state is on the brink of delaying Core testing: “Our union leadership, which started out…in support of the standards and the assessments…has quit on the process. And they have come out against the transition to more robust assessments….I find that a shocking deviation from the past.”


Alas, had Huffman and other Core supporters been listening to opponents such as myself, or Jay Greene at the University of Arkansas, they would not have been the least bit shocked by this. For instance, as I wrote in the 2010 report Behind the Curtain: Assessing the Case for National Curriculum Standards:

[T]eachers and administrators whose livelihoods depend on public schooling are highly motivated to focus on education, and so exert outsized power over politicians on education issues. And because employees are naturally averse to management raising the standards for their performance, it is unsurprising that teachers’ unions and administrators’ associations use their political influence…to keep standards low.

I should note that in the now‐​blistering Common Core battle, I sympathize with a lot of the substance that teacher unionists offer against the Core, such as one‐​size can’t fit all; the Core is totally untested; and the standards were implemented with barely a semblance of a “democratic” process. All those very valid concerns aside, however, I also don’t think you can expect people to willingly subject themselves to outside accountability if they don’t have to. It’s not evil. It’s just human.


Anyway, Jay Greene has offered pretty much the same analysis, especially to conservatives who have long decried the outsized influence of public school employees over public schooling politics. As he colorfully put it in 2011 testimony to the U.S. House of Representatives:

Second, to the extent that there will be change in a nationalized system of standards, curriculum, and assessments, it will be directed by the most powerful organized interests in education, and probably not by reformers. Making standards more rigorous and setting cut scores on assessments higher would show the education system in a more negative light, so teachers unions and other organized interests in education may attempt to steer the nationalized system in a less rigorous direction. In general, it is unwise to build a national church if you are a minority religion.

Mr. Huffman, you were warned.


So that folks like Mr. Huffman – and the whole country – can avoid future bracing slaps in the face by the political process, perhaps a visual aid would help to understand the likely effects of top‐​down efforts to impose “rigorous” standards and accountability. Thankfully, my long‐​ago introduced “Top‐​Down Standards Outcomes Matrix” is just such an aid: 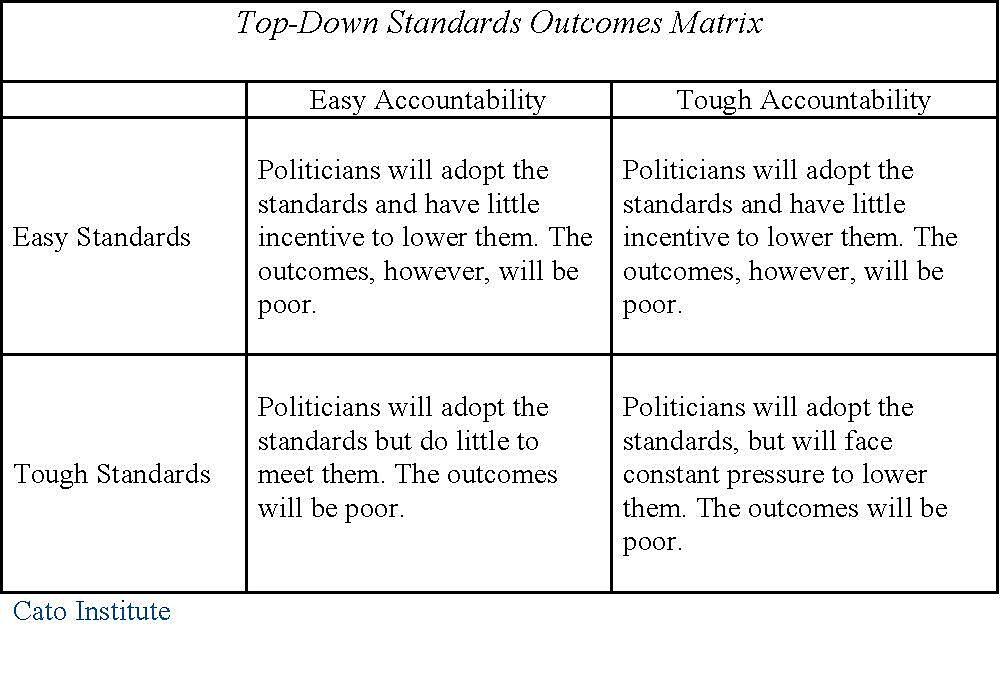 So be shocked no more, Core supporters! It will now take but a moment to see why top‐​down plans won’t work out the way you want.