I recently speculated whether Detroit's fiscal problems should be a warning sign for the crowd in Washington.

The answer, of course, is yes, though it's not a perfect analogy. The federal government is in deep trouble because of unsustainable entitlement programs while Detroit got in trouble because of a combination of too much compensation for bureaucrats and too many taxpayers escaping the city. 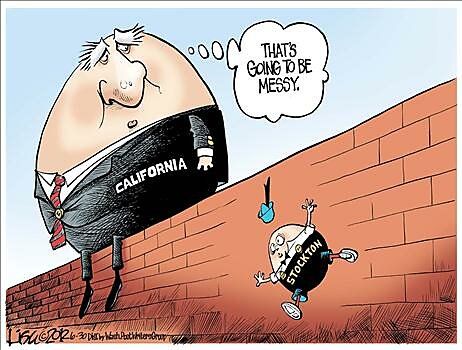 A better analogy might be to compare Detroit to other local governments. Some large cities in California already have declared bankruptcy, for instance, and you can find the same pattern of overcompensated bureaucrats and escaping taxpayers.

And the same thing may happen to New York City if the next mayor is successful in pushing for more class-warfare tax policy. Here are some excerpts from an excellent New York Post column by Nicole Gelinas:

Mayoral candidate Bill de Blasio...thinks New York can hike taxes on the rich and not suffer... De Blasio’s scheme is this: Hike income taxes by 13.8 percent on New Yorkers making above half a million dollars annually....After five years, de Blasio would let this tax surcharge lapse, and — he says — find another way to pay.

In 2009, the top 1 percent of taxpayers (the 34,598 households making above $493,439 annually) paid 43.2 percent of city income taxes (they made 33.9 percent of income), according to the city’s Independent Budget Office. Each of these families paid an average $75,477. No, most people won’t up and leave (though if 20 percent did, they’d leave New York with less money than before the tax hike). But they can rearrange their incomes. Unlike most of us, folks making, say, $10 million have considerable control over how and when they get paid. That’s because much of their money comes from cashing out a partnership, or selling stock or a house or a painting. To avoid a tax hike, it’s easy enough for them to pay themselves earlier by selling their stuff earlier — before the tax hike. The city made $800 million in extra taxes last year because rich people sold their stuff before President Obama increased investment taxes in December. Or, people can pay themselves later — after the five years’ worth of higher taxes are up.

Gelinas makes some very important points. She warns that the city would have less money if just 20 percent of rich people escaped. She doesn't think that will happen, but she does explain that rich people can stay but take some simple steps to reduce their taxable income.

This is because rich people are different from the rest of us. As I've previously explained with IRS data, they get the vast majority of their income from business and investment sources rather than from wages and salaries. 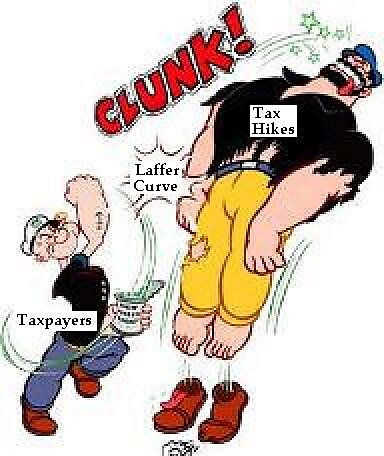 This means, as Gelinas notes, they have considerable control over the timing, level, and composition of their income.

So if Mr. de Blasio wins and succeeds in pushing through his tax agenda, don't expect to see much--if any--additional revenue. This will be a tailor-made example of the Laffer Curve in action.

In this video on class warfare taxation, I explain that the Laffer Curve is one of five reasons why soak-the-rich taxes are misguided.

I'll close by addressing a common argument from folks on the left. They assert that places such as New York City (or states such as California) can impose higher taxes because they provide more in exchange.

I sort of agree, though not with the notion that people are getting "more in exchange" from the politicians in New York City and California.

Instead, it's clear that some people are willing to pay more because they like the non-political features of NYC and the Golden State. For those who like museums, fancy dining, and Broadway shows, there's no easy substitute for New York City. And for people who like the ocean and a Mediterranean climate, it's hard to compete with California. 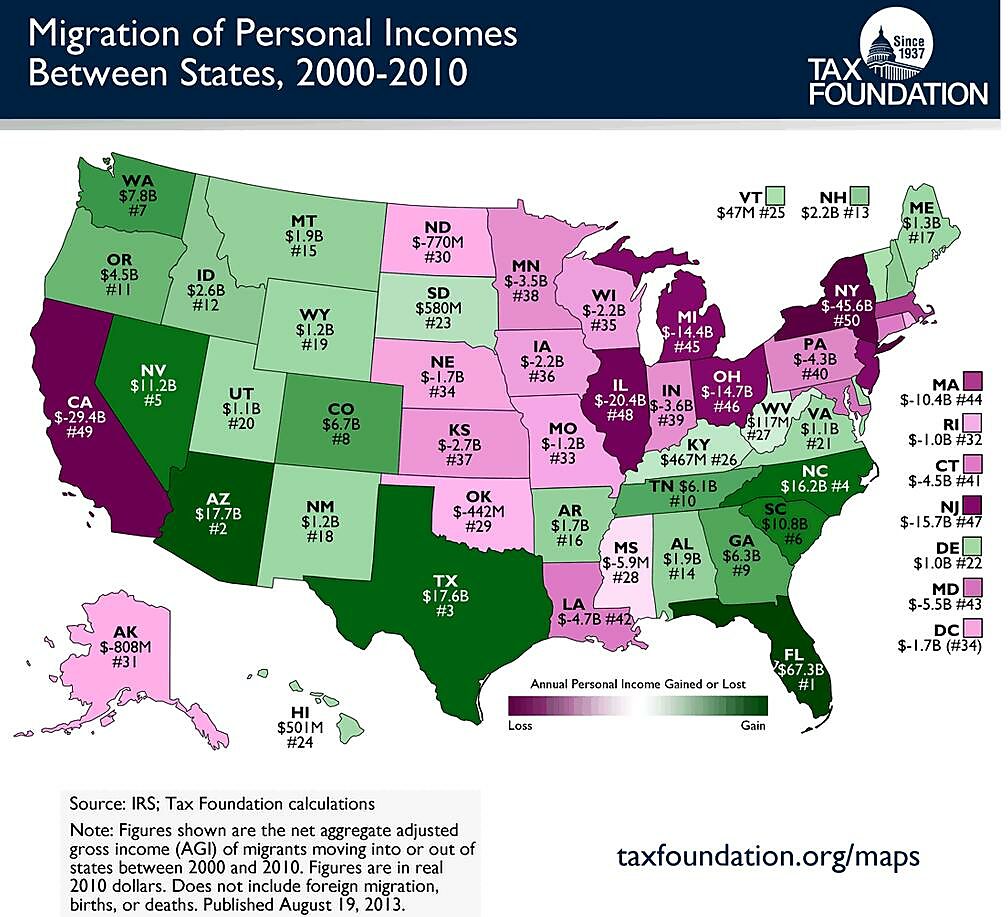 But there are limits. Last month, I shared a very powerful map from the Tax Foundation showing there's been a huge shift of taxable income out of New York and California between 2000 and 2010.

Governor Jerry Brown recently succeeded in pushing through a huge tax hike in California, so I expect even more people will leave that state, regardless of the climate.

And if Mr. de Blasio is elected and imposes a big tax hike in New York City, I suspect some rich people will decide enough is enough.

No, they won't move to Connecticut or New Jersey, both of which have become high-tax nightmares in recent decades. But there are a good handful of zero-income tax states, and the rich folks in New York City will figure out that there are also good restaurants in places such as West Palm Beach, Florida, and Austin, Texas.