Following Trump’s electoral success in rustbelt states, the spotlight has been on white, rural, post-industrial poverty. J.D. Vance, author of the now-famous memoir Hillbilly Elegy, discussed some possible explanations for rural poverty yesterday in a podcast. In the interview, he suggests that geographic (im)mobility is partly to blame for the erosion of areas like Appalachia: the poor simply aren’t migrating to jobs.

Vance is right that Americans have limited interest in relocating, and are relocating less than before. According to calculations[1] using University of Chicago data, the proportion of individuals unwilling to relocate for work is high: 42% of Americans say they will not move within the United States for work, and 68% of Americans will not move outside the country for work. A full quarter (25%) of Americans would not consider traveling further for a job, even if the decision resulted in unemployment. Meanwhile, Census data suggests that relocation—whether inter-state, inter-county, or intra-county—is down (Figure 1). 2016 had the lowest relocation rate in seventy years (Figure 2). 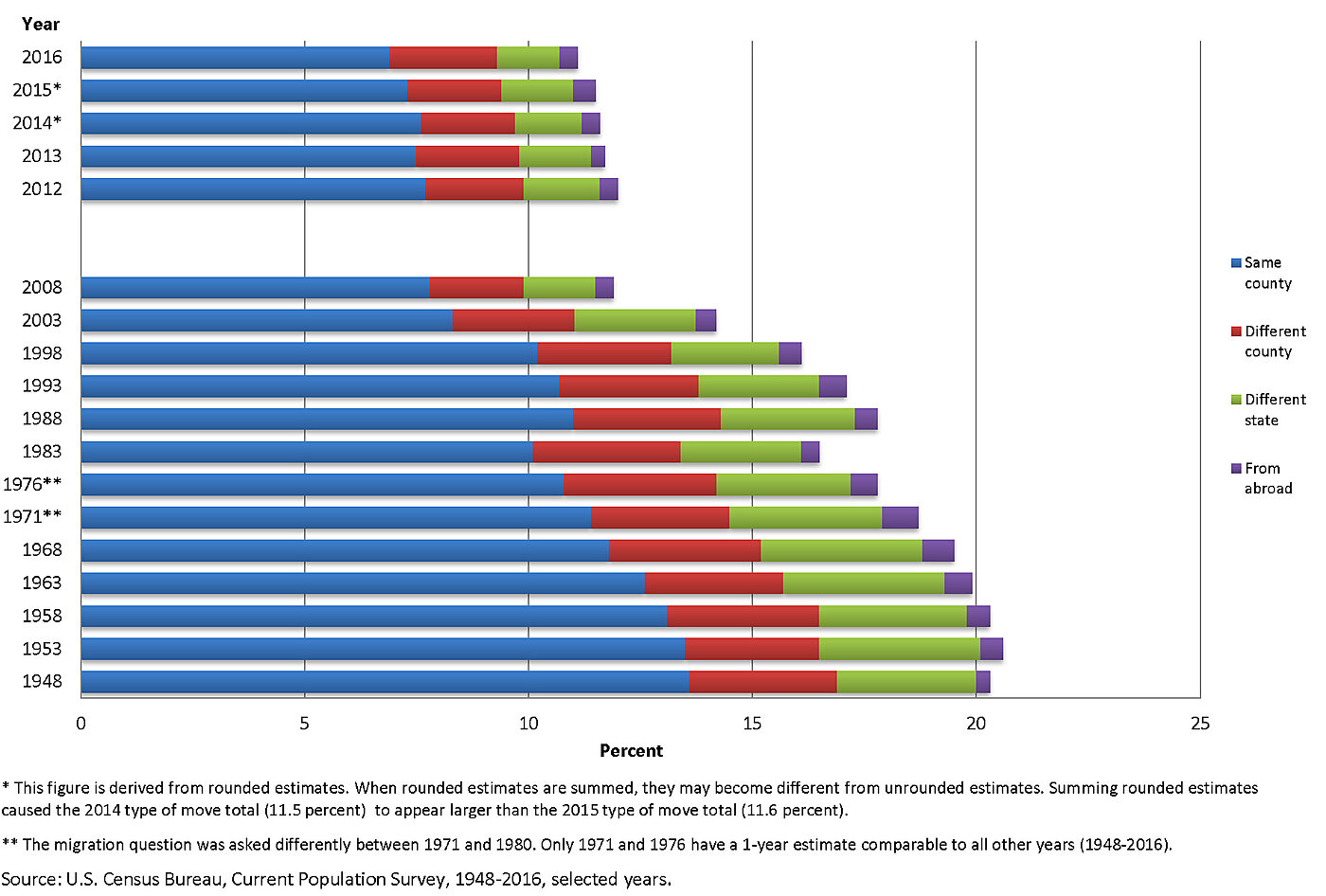 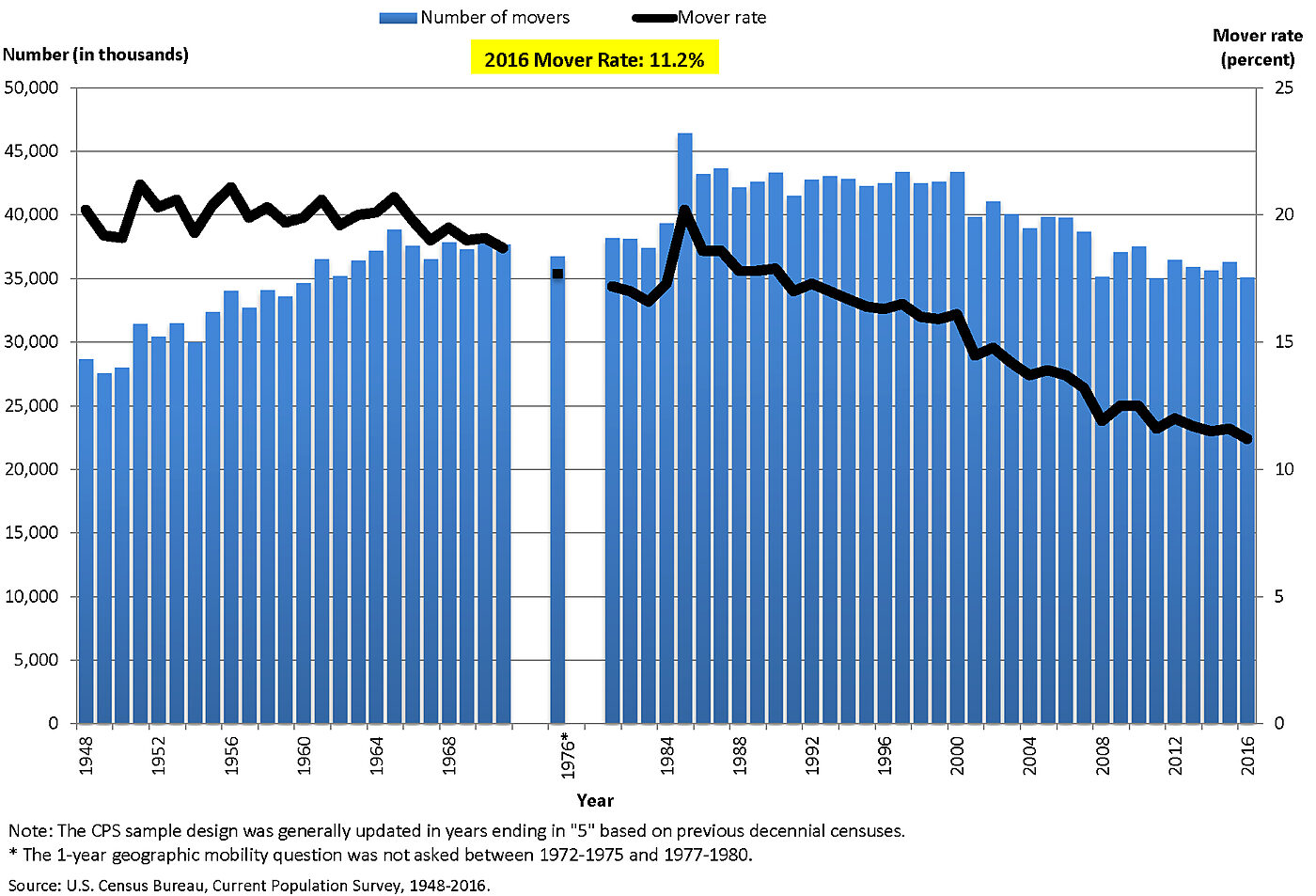 Why are people relocating less than ever? One explanation Vance misses is that government policy gets in the way. For example, research provides evidence that land use regulations put pressure on housing prices in high-opportunity areas, which in turn eliminates the fiscal rewards of relocation for the poor and unskilled. Tragically, this means low-income Americans are trapped in job deserts with little in the way of opportunities, amenities, or hope.

You can listen to more of Vance’s interview regarding the causes of white, rural, post-industrial poverty, here.