This Thanksgiving, I’m Thankful for NAFTA

As the 5th round of talks on the renegotiation of the North American Free Trade Agreement (NAFTA) wrap up, the United States, Canada and Mexico continue to work out the technical details of their various proposals. Being the week of Thanksgiving, and because I can’t stop thinking about all the great food I’m going to eat on Thursday, I figured it’s a perfect time to reflect on the benefits of NAFTA for Americans who buy a variety of agricultural products.

When you look at products imported for consumption, that is, products that receive no additional processing, imports from Canada and Mexico have grown quite a bit since NAFTA was finalized in 1994. Imports are important because they allow consumers greater choice (like fruits and vegetables in winter!), as well as lowering prices so that everyone gets to enjoy some Thanksgiving cheer. 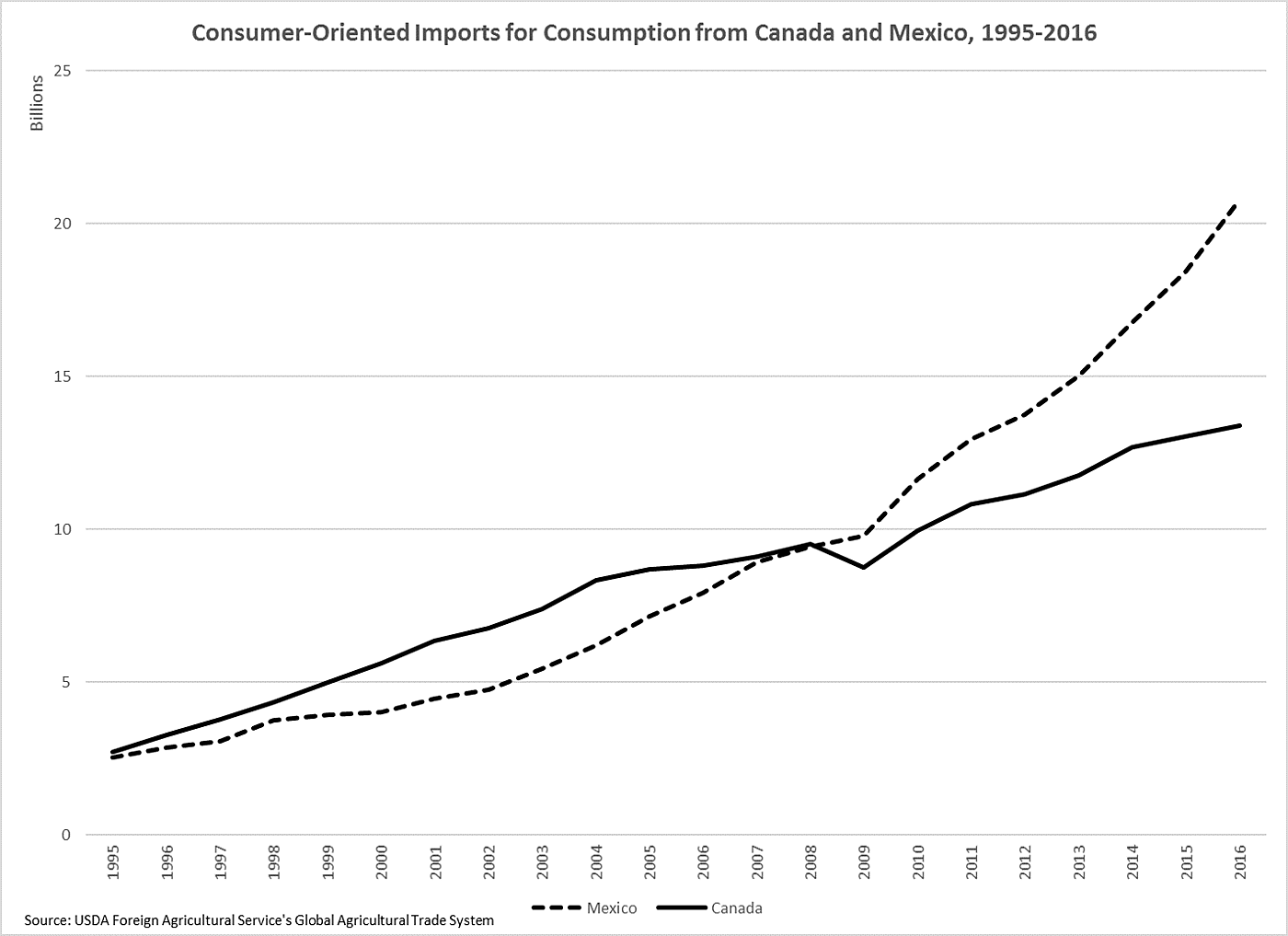 A 2015 report by the USDA on the 20th anniversary of NAFTA, it concluded:

The 20th anniversary of NAFTA provides testimony to the lasting value of agricultural trade liberalization to the North American economy. By removing thousands of tariffs, quotas, import licensing requirements, and other policy measures that formerly distorted agricultural trade and FDI among the United States, Canada, and Mexico, NAFTA facilitated a large increase in cross-border economic activity in the agricultural and processed food sectors.

So this Thanksgiving, I’m thankful for NAFTA, and I hope the United States, Canada and Mexico do what they can to prevent any rollbacks to the liberalization we have achieved, and work to modernize it so that we continue to benefit from this great deal.