Via Erik Voeten, Thanassis Cambanis has a long piece in Sunday's Boston Globe about academic critics of America's bipartisan grand strategy.  Cambanis rightly points out that Republicans and Democrats basically agree about American strategy, and spend all their time haggling over price and implementation.  By contrast, there is a burgeoning group of critics in the academy who disagree:

[The critics'] call for a humbler foreign policy hasn’t gained much of a hearing with the foreign policy elite, and is hardly talked about in mainstream circles. They question many of America’s basic habits and reflexes, at a time when it’s increasingly clear that the “long war” has not eliminated the threat of terrorism or neutralized rogue states and their nuclear black market.

Not every danger rises to the level of an existential threat, these thinkers say; often, the best way to project power is to stay out of other people’s fights. Or as [Barry] Posen, the Massachusetts Institute of Technology political scientist who is one of the most acerbic proponents of restraint, puts it: “We need to get out of the world’s face.” 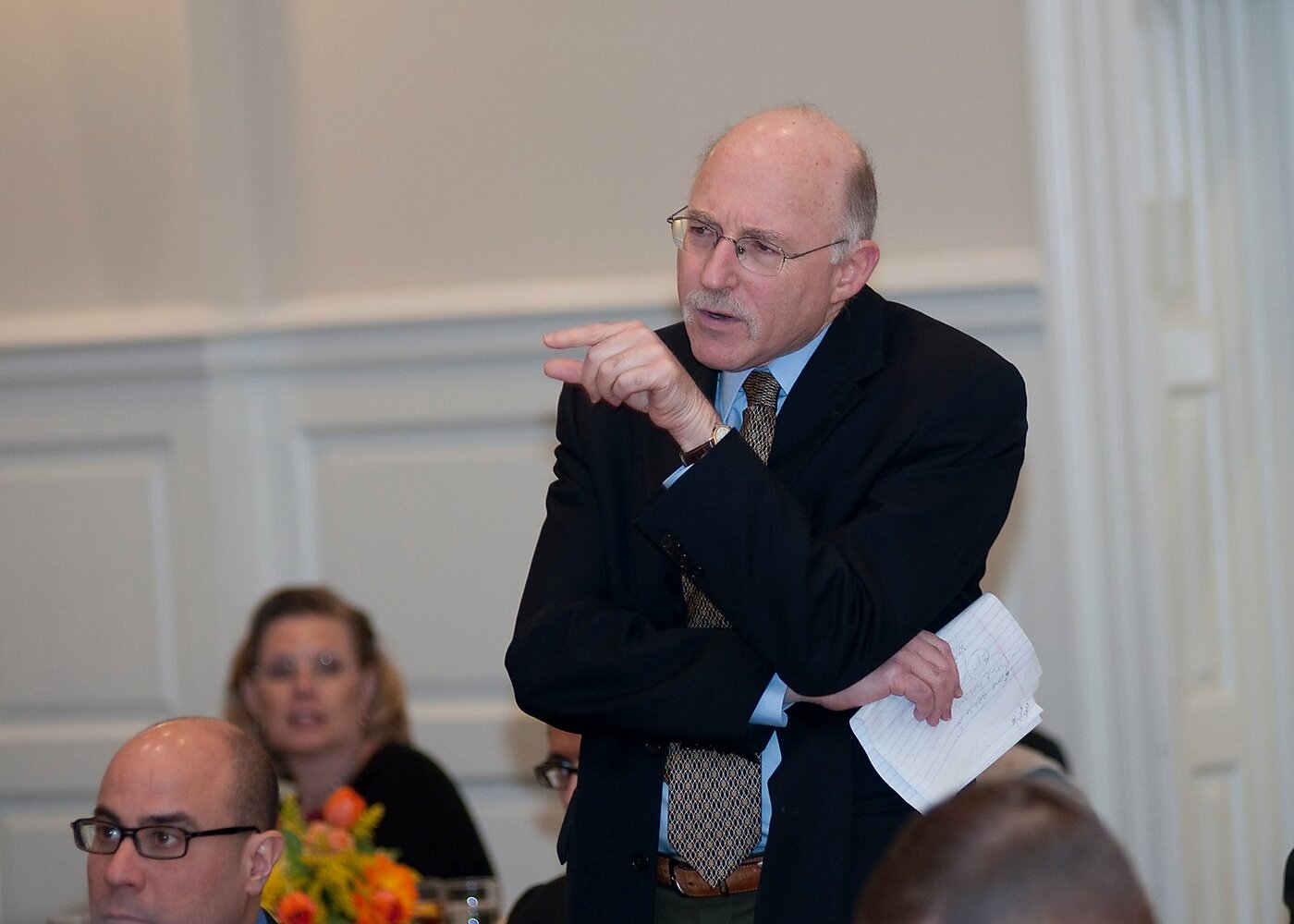 Posen’s thinking has evolved markedly. In the late 1990s he derided “neo-isolationists” who wanted to minimize American involvements abroad (“Isolationist is what we called the people whose ideas we didn’t like,” he said). Now he counts himself among their number, and has embarked on a book and lecture tour expounding his case for restraint.

divThere are plenty of reasons why retrenchment should get more of a hearing in contemporary America, Posen says, but he doesn’t think power brokers will take the idea seriously until a definitive crisis limits the Pentagon or the Treasury. “It’s almost as if in foreign and security policy, democratic debate peters out,” Posen says. “If you argue for restraint, people hold up garlic like they would against a vampire and shout ‘Isolationist! Isolationist!’ ”

divFor now, the old consensus is running strong. But for the new isolationists, America is at the tail end of an unsustainable experiment that has cost progress at home. America’s interventionist reflex has embroiled it in wars big and small and political disputes whose value to American interests is hard to fathom.

div“Maybe I’m hallucinating, but there’s an awareness that this project we’re running isn’t sustainable,” Posen says. “The way we run our strategy generates new little dragons faster than we can slay the old ones.”

The piece mentions, in addition to Posen, my old professor John Mearsheimer, who had a solid cover story in the current issue of the National Interest (video clip of recent talk on the article here), as well as Boston University's Andrew Bacevich.

Cambanis's piece is interesting and hits on themes I have tried to drive home in the past.  At last year's APSA Annual Meeting, I highlighted the gulf between academic grand strategists and the Beltway foreign policy elite and tried to explain it.  I've also written a bit about the "isolationism" canard, and how it was designed--and coined by A.T. Mahan--with the intention of demonizing the opponents of an activist American strategy.

I'm still shopping an article dealing with these themes, but I would suggest that while "hallucinating" might be too strong a word, Posen is too optimistic about the prospects of a major strategic shift along the lines that he--and I--would like.  There is simply no interest group support for it in Washington and no external pressure that looks likely to force us to pull in our horns.  Maybe I'm being too pessimistic, and maybe it's a function of having been working on this project for a long time in DC with very little success, but I think the prospects for significant change are a long ways off, and sound arguments emanating from the academy are unlikely to get us there.

To my mind, there are two things that could bring substantial change to American strategy: the rise of some external security threat that would force us to make smarter, more prudent choices, or a shift in the domestic-political balance of power that involved the rise of a faction within Washington that had vested interests in strategic restraint.  To my mind, we're miles away from either of those scenarios, and thus the status quo is likely to persist for decades.