Max Boot is thinking about US military personnel training the Afghan security forces and feeling irritated: 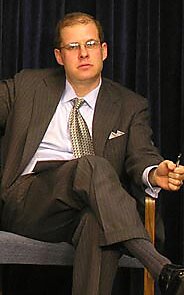 What irritates me about the whole situation is that it is the U.S. that has to pick up the tab. Our troops are already doing the bulk of the fighting. Why don’t our rich allies — e.g., Japan, Saudi Arabia, the UAE, France, Italy, Germany, Britain — pay for more of the cost of training? Some of those countries have made sizable troop contributions; others haven’t. But the U.S. has done more than any of them in terms of fighting the Taliban directly. Why do we have to do so much more than the rest of them in financing the Afghan Security Forces too?


I should note that their failure to ante up should not be an excuse for us to walk away. This is not an act of altruism; it is very much in America’s national‐​security interest to have a functional and effective security force in Afghanistan to prevent a Taliban/​al‐​Qaeda takeover. Our security perimeter runs right through the Hindu Kush.

A few points. First, is this the same guy who asserted in 2001 that “the most realistic response to terrorism is for America to embrace its imperial role” and that “Afghanistan and other troubled lands today cry out for the sort of enlightened foreign administration once provided by self‐​confident Englishmen in jodhpurs and pith helmets?” I mean, say what you will about the English or the Romans, at least they didn’t whine about others not doing their dirty work for them.


More importantly, it’s uninformed. As I have been incessantly howling at the moon pointing out in other contexts, when we state that we have a vital interest in something, as the US Government has and as Boot reiterates above, smaller, weaker allies have every reason to free ride on Uncle Sucker even if they believe they share that interest.


Finally, Boot asserted the other day that we are “locked in an existential struggle against Islamist extremists,” and here he expands on the theme by asserting that America’s “security perimeter runs right through the Hindu Kush.” This is extreme hyperbole. Existential? As in, our existence is at stake? I thought we were over this sort of thing, but I guess not at Commentary.


Moreover, depending on what Boot is trying to convey with the phrase “security perimeter,” it’s far from clear why it stops at the Hindu Kush. There are all sorts of things going on on the other side of the Hindu Kush that could bear much more heavily on our security than what’s going on just to the West.