Tax the Rich? Depends On How You Define Rich 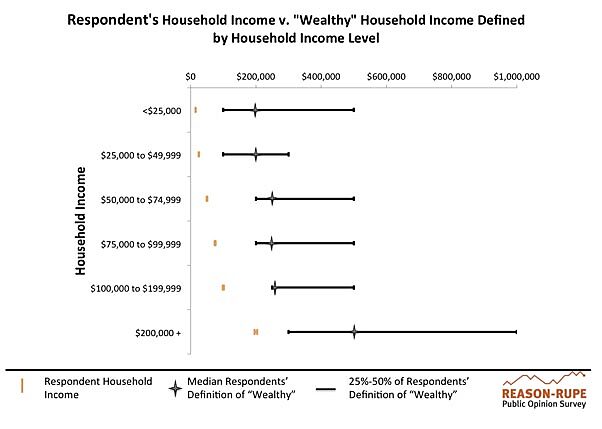 As the myriad of media polls have made clear, Americans are typically averse to tax increases except if offered the option to tax the “wealthy.” However, few polls ask respondents how they would define wealthy. The latest Reason-Rupe poll takes on this task by asking respondents to define what level of income they would define as wealthy and thus would be subject to higher taxes. Similar to a step function, as individuals’ incomes increase their definition of “wealthy” increases also, especially for households with annual incomes over $200,000. For instance, the median household making $25,000-$49,999 a year believes that “wealthy” is defined as $200,000 year. However, the median household actually making over $200,000 a year believes that “wealthy” is defined as $500,000. More discussion can be found here.