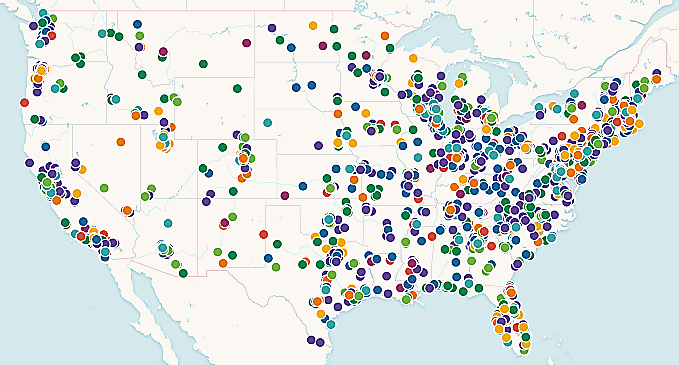 It is probably fair to say that Americans are highly polarized right now. Public schooling is likely a reflection of, and contributor to, that division. A reflection, because political control of schools is likely to replicate the divisions and animosities of the electorate. A cause, because public schooling requires people with diverse views and backgrounds to engage in political combat to determine whose values, views on history, and more, will be taught.

Cato’s Public Schooling Battle Map catalogues values and identity‐​based conflicts – highly personal battlegrounds versus, say, fights over school budgets – in public schools. We started documenting such conflicts in the 2005-06 school year, but it was a few years later that we started regular, consistent collection and launched the Map. What follows is a basic summary of what the Map contains.

Note that the Map almost certainly under counts conflicts, perhaps significantly. Entries are only obtained from searches of media reports. That means the Map does not include (1) any battles that generate media reports we do not see, (2) battles that occur but receive no media coverage, and (3) people who feel aggrieved by school policies or curricula but do not challenge them in open forums. Also, the years reflect when a conflict began. Years before 2006 with very few battles contain only conflicts we discovered in later years but that originated in those years.

Battles are divided into nine types, with all involving sides that have reasonable, yet opposed, concerns. Note that many battles could fit under several categories – we choose the one that seems most central. For instance, a battle over a valedictorian mentioning God in a graduation speech could fall under “freedom of expression” or “religion,” but would typically be classified under “religion” because it is the religious nature of the expression that is at the heart of the conflict. 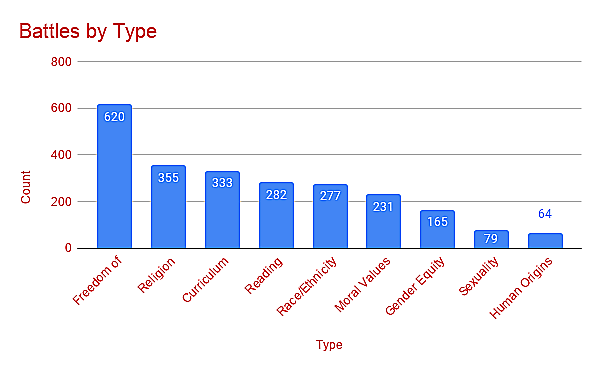 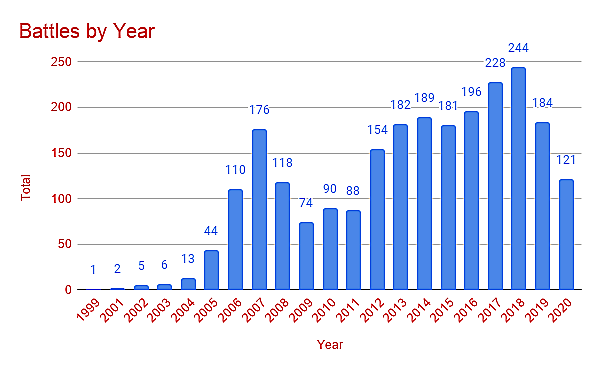 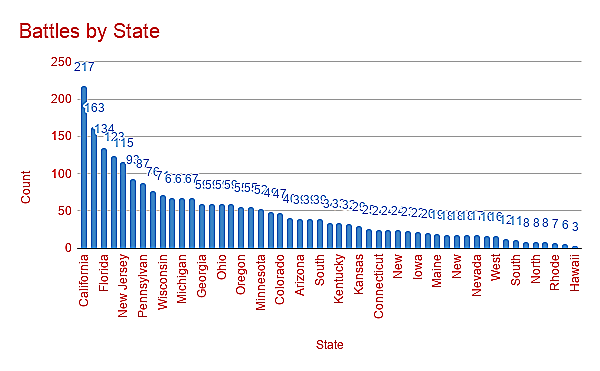 Whether values and identity‐​based conflict in public schooling has been increasing or decreasing is unclear. Many factors play into what the Map contains, including COVID-19 dominating education policy debates in 2020, and changing collection intensity after the Map’s early years. But one thing is clear: public schooling does not simply bring diverse people together and make them a harmonious whole. It is the arena – and quite possibly the cause – of much social conflict.