Did you know that the average American family spends $1,000 each year on the U.S. Department of Agriculture, whether or not it consumes that agency’s services? Or that the federal government annually spends $1,500 per household on net interest costs alone?


In an ongoing effort to shed light on runaway government spending and expose wasteful government programs, Cato launched a new Web site today that examines the federal budget department‐​by‐​department to see which agencies can be reformed or terminated. Down​siz​ing​Gov​ern​ment​.org describes which programs are wasteful, damaging and obsolete in an era of trillion‐​dollar deficits.


The research exposes that many public outlays—though vigorously defended by the politicians who created them and the constituencies they purport to help—are remarkably ineffective at achieving their core aims.


Here are just a few examples:

Plus, keep track of where your tax dollars are going by following Down​siz​ing​Gov​ern​ment​.com on Twitter (@DownsizeTheFeds) and Facebook.

A $600,000 federal grant is chump change compared to overall government spending, and I recognize that picking on individual awards generally isn’t worth the effort because there are bigger fish to fry. But every once in a while I think it’s alright to highlight a particularly ridiculous grant award for the purpose of illustrating that the federal government’s ability to spend money on virtually anything it wants has broader negative implications. So when I read this morning that the Institute of Museum and Library Services (an independent federal agency) gave UC Santa Cruz’s library $615,175 to archive Grateful Dead memorabilia online, I just couldn’t help myself.


The title of my post refers to a lyric from the Dead song “Uncle John’s Band.” According to the lyrics, Uncle John’s Band’s motto is “don’t tread on me.” “Don’t tread on me” was a motto of the American patriots during the Revolutionary War and was prominently featured below a coiled rattlesnake on the famous Gadsden flag.


The Gadsden flag, which I proudly own and used to hang in my Senate office, has regained popularity and can now be seen at TEA Party protests around the country. While some would like to dismiss the TEA partiers as racists, the resurgence of the Gadsden flag indicates to me that a healthy number of folks simply recognize the American tradition of being leery of an all‐​powerful centralized authority. It’s safe to say that those patriots of yesterday could have never imagined that the small, limited federal government they created would turn into the overbearing $3.7 trillion Leviathan it is today. What a long, strange trip it’s been indeed.

On Sunday, the Washington Post ran an op‐​ed by the chancellor and vice chancellor of the University of California, Berkeley, in which the writers proposed that the federal government start pumping money into a select few public universities. Why? On the constantly repeated but never substantiated assertion that state and local governments have been cutting those schools off.


As I point out in the following, unpublished letter to the editor, that is what we in the business call “a lie:”

It’s unfortunate that officials of a taxpayer‐​funded university felt the need to deceive in order to get more taxpayer dough, but that’s what UC Berkeley’s Robert Birgeneau and Frank Yeary did. Writing about the supposedly dire financial straits of public higher education (“Rescuing Our Public Universities,” September 27), Birgeneau and Yeary lamented decades of “material and progressive disinvestment by states in higher education.” But there’s been no such disinvestment, at least over the last quarter‐​century. According to inflation‐​adjusted data from the State Higher Education Executive Officers, in 1983 state and local expenditures per public‐​college pupil totaled $6,478. In 2008 they hit $7,059. At the same time, public‐​college enrollment ballooned from under 8 million students to over 10 million. That translates into anything but a “disinvestment” in the public ivory tower, no matter what its penthouse residents may say.

Since letters to the editor typically have to be pretty short I left out readily available data for California, data which would, of course, be most relevant to the destitute scholars of Berkeley. Since I have more space here, let’s take a look: In 1983, again using inflation‐​adjusted SHEEO numbers, state and local governments in the Golden State provided $5,963 per full‐​time‐​equivalent student. In 2008, they furnished $7,177, a 20 percent increase. And this while enrollment grew from about 1.2 million students to 1.7 million! Of course, spending didn’t go up in a straight line — it went up and down with the business cycle — but in no way was there anything you could call appreciable “disinvestment.”


Unfortunately, higher education is awash in lies like these. Therefore, our debunking will not stop here! On Tuesday, October 6, at a Cato Institute/​Pope Center for Higher Education Policy debate, we’ll deal with another of the ivory tower’s great truth‐​defying proclamations: that colleges and universities raise their prices at astronomical rates not because abundant, largely taxpayer‐​funded student aid makes doing so easy, but because they have to!


I hope to see you there, and remember: Don’t believe everything your professors tell you, especially when it impacts their wallets! 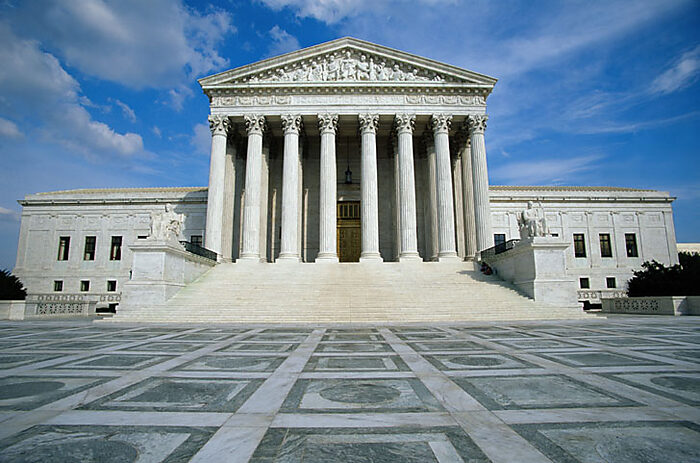 In response to claims that texting‐​while‐​driving (TWD) causes traffic accidents, Congress is considering “a federal bill that would force states to ban texting while driving if they want to keep receiving federal highway money.”


This approach to forcing a particular policy on the states mimics the 1984 Federal Uniform Driving Age Act, which threatened to withhold federal highway funds unless states adopted a 21‐​year‐​old minimum legal drinking age. The justification for that law was reducing traffic fatalities among 18–20 year olds.


A federal ban on TWD is not compelling:


1. Federal imposition of the 21‐​year old minimum drinking age did not save lives.


2. A ban on texting might increase other distractions: adjusting the radio, putting on makeup, eating a sandwich, reading a map, and so on. Relatedly, the evidence that TWD causes accidents is far from convincing. Traffic fatalities per vehicle mile travelled have declined substantially over the past 15 years, despite the explosion in text messaging.


3. TWD has benefits, not just costs. Truckers, for example, claim that

Crisscrossing the country, hundreds of thousands of long‐​haul truckers use computers in their cabs to get directions and stay in close contact with dispatchers, saving precious minutes that might otherwise be spent at the side of the road.

4. If the benefits of banning TWD become clear, most states will ban on their own.


Thus laws that penalize TWD might make sense. But this is an issue for states, not the federal government.


C/P Libertarianism, from A to Z.

As Michael Cannon discussed in an earlier post, the White House is trying to claim that health care "reform" does not mean higher taxes. This is a two-pronged issue. First, there is a mandate to purchase health insurance. Second, there is a tax (the White House calls it a fee) on people who fail to purchase a policy.

The White House claims this mandate is akin to state-level requirements for the purchase of health insurance, and that the newly-insured people will be getting some value (a health insurance policy) in exchange for their money. These assertions are defensible, but that does not change the fact that a tax is being imposed.

It might be plausible to argue that the mandate is not a tax if the value of the insurance policy to the individual was equal to the cost. But since these are people who are not buying policies, their behavior reveals that this obviously cannot be true. So this means that they will be worse off under Obama's plan and that at least some of the cost should be considered a tax.

“Americans are more likely today than in the recent past to believe that government is taking on too much responsibility for solving the nation’s problems and is over‐​regulating business,” according to a new Gallup Poll.

New Gallup data show that 57% of Americans say the government is trying to do too many things that should be left to businesses and individuals, and 45% say there is too much government regulation of business. Both reflect the highest such readings in more than a decade.

Byron York of the Examiner notes:

The last time the number of people who believe government is doing too much hit 57 percent was in October 1994, shortly before voters threw Democrats out of power in both the House and Senate. It continued to rise after that, hitting 60 percent in December 1995, before settling down in the later Clinton and Bush years.


Also, the number of people who say there is too much government regulation of business and industry has reached its highest point since Gallup began asking the question in 1993.

That might give an ambitious administration pause. The independents who swung the elections in 2006 and 2008 clearly think things have gone too far. An administration as smart as Bill Clinton’s will take the hint and rein it in. Meanwhile, another recent poll, by the Associated Press and the National Constitution Center, shows that

Americans decidedly oppose the government’s efforts to save struggling companies by taking ownership stakes even if failure of the businesses would cost jobs and harm the economy, a new poll shows.


The Associated Press‐​National Constitution Center poll of views on the Constitution found little support for the idea that the government had to save AIG, the world’s largest insurer, mortgage giants Fannie Mae and Freddie Mac, and the iconic American company General Motors last year because they were too big to fail.


Just 38 percent of Americans favor government intervention — with 60 percent opposed — to keep a company in business to prevent harm to the economy. The number in favor drops to a third when jobs would be lost, without greater damage to the economy.


Similarly strong views showed up over whether the president should have more power at the expense of Congress and the courts, if doing so would help the economy. Three‐​fourths of Americans said no, up from two‐​thirds last year.


“It really does ratify how much Americans are against the federal government taking over private industry,” said Paul J. Lavrakas, a research psychologist and AP consultant who analyzed the results of the survey.

Note that 71 percent of the respondents opposed government takeovers, with 50 percent strongly opposed, before the “benefits” of such takeovers were presented.


President Obama is an eloquent spokesman for his agenda, and he has an excellent political team with a lot of outside allies to push it. But as the old advertising joke goes, you can have the best research and the best design and the best advertising for your dog food, but it won’t sell if the dogs don’t like it.