On Wednesday, the Oakland school board voted 4–3 to close three of California's highest performing schools: the American Indian Model (AIM) charter schools. When Ben Chavis took over the American Indian Public Charter School just over a decade ago, it was the worst peformer in Oakland—an utter shambles. Today, it and the two sister schools Chavis created are among the highest-performing in the entire state. I know—I did the math. In a 2011 study comparing the performance of all of California's charter school networks, I found that AIM was #1 by a wide margin. For contrast, I included in the study two of the state's most elite, academically selective high schools: Lowell in San Francisco and Gretchen Whitney outside of Los Angeles. After controlling for student characteristics and peer effects, the AIM network beat them both—not just on the official state tests, but on the Advanced Placement tests administered by the College Board as well. More remarkable, AIM accomplished all that while spending less per pupil than the Oakland Unified School District, whose performance is abysmal by comparison. And that's the great irony of the school board's vote to close the AIM schools: the board accuses Ben Chavis, who is now retired, of fiscal irregularities or mismanagement during his tenure. Think about that: The board's own schools are expensive failures. The AIM network is an incredibly cost-effective success. Yet somehow Chavis is the one accused of mishandling a budget? The core of the allegations seems to be that Chavis, who has a real-estate business, leased space to his schools and made money from that transaction, while vaulting AIM schools to stratospheric success. So, naturally, we should punish his schools. $#%#?!? 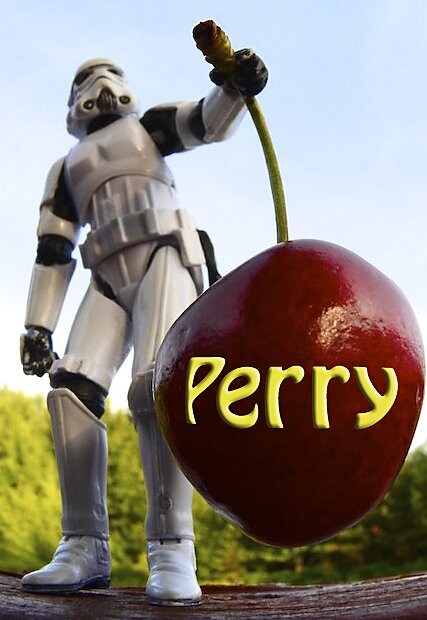 Nation writer Rick Perlstein suffered paroxysms last week over my dismissal of the evidence for universal pre‑K, which he defended as “Nobel Prize‐​winning research.” Perlstein is mistaken. Though James Heckman, a leading preschool advocate, is indeed a Nobel laureate, he was awarded the prize for brilliant but unrelated work on statistical methods.


Far from being “Nobel Prize‐​winning,” the empirical case for universal government pre‑K collapses under mild scrutiny. The central claim, as voiced by President Obama in his SOTU speech, is that “every dollar we invest in high‐​quality early childhood education can save more than seven dollars later on.” This sweeping statement does not in fact refer to the typical return from federal or state pre‑K programs. It refers to the findings from a single intensive 1960s early childhood experiment that served 58 children in Ypsilanti, Michigan — the High/​Scope Perry preschool program. Out of the literally hundreds of preschool studies conducted in the past half‐​century, the Perry results are not representative and have never been reproduced on a national or even a state level. In fact, an earnest experimental effort to reproduce them for just a few hundred children at eight locations failed despite an annual investment of $32,000 per child, adjusted for inflation — far more than the President currently contemplates spending.


The president’s case for universal government pre‑K singles out the unusually large positive effects of one tiny study — sometimes two or three — from scores of others that show little benefit, no benefit, or even significant harm to participating students. That sea of inferior results, moreover, is drawn in large part from …the federally‐​funded pre‑K efforts of the past 47 years. Indeed the largest, best designed, most recent studies of federal pre‑K efforts were published by the Obama administration itself: the Head Start Impact Studies. These studies find little or no net lasting benefit to federal pre‑K. The Obama administration was apparently so worried about these findings that the most recent study was released on the Friday before Christmas — despite a publication date on its title page of October 2012.


What we have here, in other words, is a monumental act of cherry picking rather than an example of scientifically grounded policymaking.

After my previous post showing the lackluster overall achievement trends in states with purportedly “high quality” universal pre‑K programs, one response was that this might miss better results among minority students. Well, I’ve had a chance now to chart the results for African American kids and… they’re slightly worse. See below. Can we now, finally, stop for a moment and reflect before lavishing tens of billions of dollars we don’t have on a federal expansion of such programs?

In previous blog posts I've pointed out that federal pre-K programs have proven ineffective for half a century and that the claims of large returns-on-investment due to pre-K stem almost exclusively from just three small-scale programs---out of hundreds of such programs operating around the nation for decades. Naturally, if we confine ourselves to talking about the tiny minority of programs that appear to have worked, we'll find, well, that they worked. Pretending that their results are representative is not scientifically-based policymaking, it's willful self-delusion---particularly when they have never successfully been scaled-up.

Those few among the advocates of universal government preschool who comtemplate such facts usually point, in their defense, to Georgia and Oklahoma. These two states have long had universal state-funded preschool programs deemed, by their advocates, to be "high quality." Even if we could magically wave our policy wands and ensure that these programs could be faithfully replicated by the U.S. Congress, we might not want to. Here is why, in pictures:

Several things are evident from these charts. First, neither state has seen a very large move in its scores relative to the national average; Second, while Georgia shows improvement Oklahoma shows decline; and Third, Oklahoma's declines are larger than Georgia's improvements. These are the results in putatively "high quality" pre-K states. Would anyone without ulterior political motives see them as an argument for borrowing and spending tens of billions of additional federal tax dollars every year?

If taxpayers in certain states around the country think they can improve upon Georgia's results and avoid falling prey to Oklahoma's, more power to them. But there is no empirical basis that could justify a federal government role in preK even if the Constitution allowed it one.

Act 2, scene 1 of Verdi’s opera Il Trovatore is marked by a lot Gypsy blacksmiths wailing away on their anvils. Sensibly enough, this has come to be called the “Anvil Chorus.” There is an equally clamorous chorus calling for universal federally‐​funded preschooling—one that president Obama may join this evening in his State of the Union address. It should be called the Anvil Chorus, too, because if it is successful it will tie an anvil ’round the neck of early education and American taxpayers.


The trouble with federal‐​government‐​funded preschooling is that we have 47 years of experience with it … and it doesn’t work. The federal Head Start pre‑K program was created in 1965, and despite decades of concerted efforts to refine and improve it it has virtually no measurable effects that last to the end of the third grade — or even the first. And of the very few and modest effects that have been found at the end of the third grade, some are actually negative. That is what federal government pre‑K has accomplished with $200 billion and half a century of effort. Is that a sensible basis for expanding federal government pre‑K?


Those large‐​scale randomized studies of Head Start are not the only indication that federal government spending on pre‑K (and K‑12) programs is ineffective. We can also look at the performance gap, at the end of high school, between the children of high school dropouts and those of college graduates. This is the key gap — between children in advantaged and disadvantaged families — that federal compensatory education programs set out to close in 1965. Below is a chart I prepared just a few years ago, documenting that gap using the reading section of the best national data set available (the “Long Term Trends” series of the National Assessment of Educational Progress). The results are equally disappointing in math and science (see Figure 20.5, here).

Nor should we be surprised by the failure of federal pre‐​K‐​through‐​12 programs to narrow this gap — they have failed just as badly in their other aim of improving overall student achievement, as the following chart of federal spending and student achievement at the end of high‐​school reveals.

Overcome by the sound of their own chorus, universal federal pre‑K advocates are deaf to this evidence. For the sake of the children they seek, ineffectually, to help, let’s hope they are unable to fasten their anchor around the necks of current and future generations of taxpayers.

According to the latest buzz, President Obama may suggest dramatically expanding federal government preschool programs in his State of the Union address next week. That, at any rate, is the recommendation of a new report from an institute closely associated with the admnistration.


There are just two problems with this plan: 1) it’s already been tried; 2) it doesn’t work.


We now have 45 years of experience with, and two top‐​quality randomized studies of, the national Head Start pre‐​school program, and the results are disappointing. Head Start was meant to close the gap in student achievement between the children of advantaged and disadvantaged families. But, at the end of high school, the gap in achievement between the children of college graduates and those of high school dropouts has remained essentially unchanged since the program was introduced. We have even more direct evidence from two large national studies of the program commissioned by the very agency that administers it: the Department of Health and Human Services. These studies find no significant benefits to Head Start at the end of the third grade – or even at the end of the first.


So why double‐​down on a failed program? The most plausible (and charitable) explanation is a bad case of wishful thinking. Many people make the mistake of improperly generalizing from two or three tiny pre‐​school programs of earlier decades which did show some lasting benefits. Sadly the federal government’s nationwide Head Start program has not replicated those benefits despite generations of unrelenting effort. And there is no reason to imagine that it will suddenly start doing so if expanded even further.


Trying to fix failed federal preschool programs by dumping more money on them is like trying to make up per‐​unit losses by increasing sales volume. Sadly, that’s about the level of economic acumen demonstrated by recent administrations.

Homo sapiens evolved to deal with a natural world governed by consistent, predictable physical laws — so it stands to reason that when we fill our days studying public policy, we might occasionally become overwhelmed by all the crazy. It seems I was thus overhwelmed yesterday, when I blogged about the savings from Washington, DC’s private school choice program, forgetting about a backroom deal that was required to secure its passage.


While the vouchers only cost $14 million per year over the course of the initial five year trial, school choice advocates had to commit to spending an extra $13 million on DC public schools each year, as a palliative to local public school and political leaders. Some might consider this political payoff an additional “cost” of the voucher program, thereby reducing the program’s net savings. That would be a mistake. This payoff was just yet another cost of operating a state school monopoly whose rent‐​seeking masters demand to be financially appeased if even a few of “their” students are emancipated. It is at that system’s feet that these costs should be laid.

So, after reflecting on this particular bit of crazy, I’ll stick with the DC voucher savings estimate I offered yesterday.