The State of Play in the Bomb‐​Iran Debate

Via Philip Weiss, I see that last week Karim Sadjadpour and Martin Indyk debated Elliott “Get Down Out of Those Trees and Be Democrats” Abrams and Joshua Muravchik on the proposition: “America cannot tolerate a nuclear Iran and must go to any lengths to prevent it.” It’s a topic that’s been of interest to me for some time now.


Indyk and Sadjadpour acquitted themselves rather well, but it made me chuckle to see Abrams and Muravchik throwing some very familiar‐​smelling handfuls of argument into the discussion. I thought it might be worth passing a few of them along.

Muravchik responds to the argument that bombing would merely delay an Iranian nuclear capability by a period of years by saying that we’ll just keep bombing them, then: 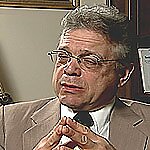 if we bomb and do wholesale damage to its nuclear weapons program, then the clock starts running on the next round.


And I donʹt see any reason to assume that, technologically, Iran is going to beat us in the next round. That is, they will be trying to find new ways to fortify and hide and whathave‐​you, their rebuilt nuclear weapons program, if, in fact, they do attempt to rebuild it.


And we, in turn, will move forward with developing better bunker‐​busting bombs or whatever else we need, and with additional intelligence, to find out where those things are and to have the capability to hit them …

Note in that last paragraph that we’re supposed to accept, arguendo, perfect intelligence and military technology endowed with borderline‐​magical powers. This is a variant of the “I don’t know, the military will have to figure that stuff out” argument.


Elliott Abrams, freshly minted as a senior fellow at the Council on Foreign Relations, argues that if Iran acquires nuclear weapons and is poised to cause trouble in the Middle East, it’s possible that the countries in that region will lay down and decline to defend themselves:

if the Arab states look at Iran growing in power and see that what the United States has done, to prevent it from going nuclear, is nothing or something that failed, itʹs not at all clear that they will then further side with the United States against Iran, they may appease Iran.

Abrams then reaches for a 2003‐​vintage “greet us as liberators” selection, proposing that the Iranians might thank us for bombing their country by overthrowing their government for us: 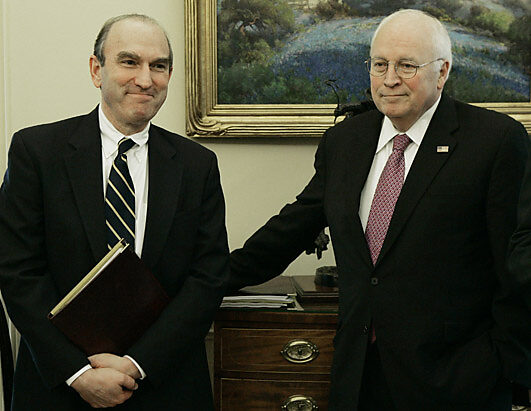 we are not talking about the Americans killing civilians, bombing cities, destroying mosques, hospitals, schools. No, no, no – weʹre talking about nuclear facilities which most Iranians know very little about, have not seen, will not see, some quite well hidden.


So they wake up in the morning and find out that the United States if attacking those facilities and, presumably with some good messaging about why weʹre doing it and why we are not against the people of Iran.


Itʹs not clear to me that the reaction letʹs go to war with the Americans, but rather, perhaps, how did we get into this mess? Why did those guys, the very unpopular ayatollahs in a country 70 percent of whose population is under the age of 30, why did those old guys get us into this mess.

When Indyk protests that this reasoning didn’t pan out terribly well for the Israelis in Gaza recently, Abrams shrugs that he’s “not persuaded” that Gazans blame Israel for the IDF killing between a thousand and two thousand Palestinians during their incursion.


Then Muravchik reaches for the trump card: “our talks with North Korea have completely failed but if we bomb Iran they may well succeed the next day.”


It goes on and on like this. If you’re interested in these type of arguments, I’d encourage you to pick up a copy of Jack Snyder’s Myths of Empire. These sorts of arguments are literally straight from the pages of Myths, a book where Snyder attempts to generalize the “myths” that empires endorse as they overexpand.