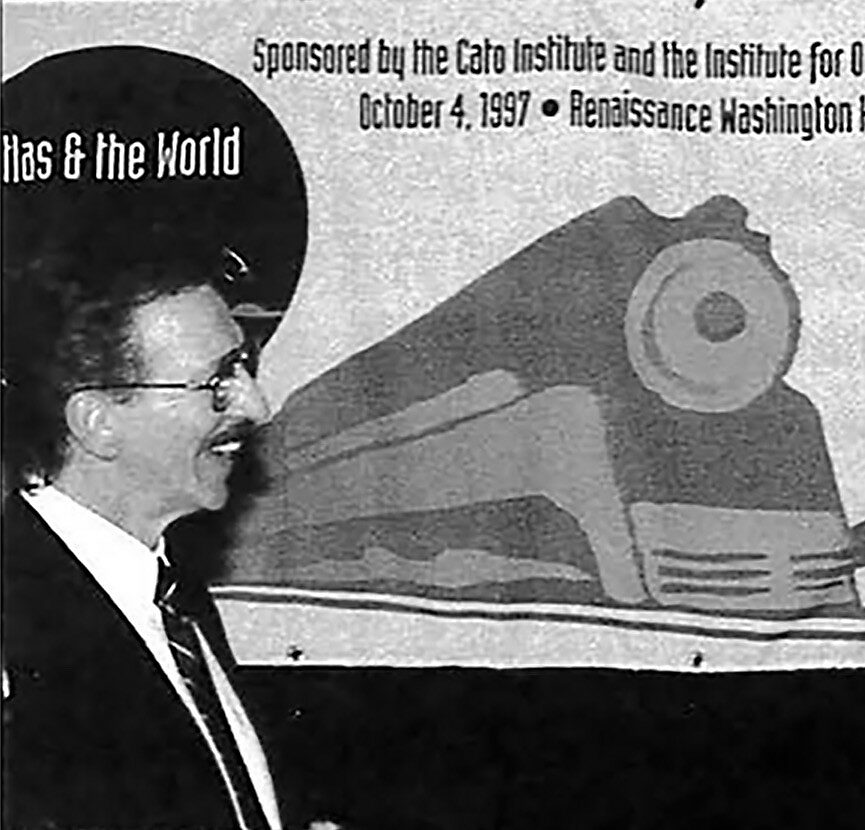 Frank Bond, Director Emeritus of the Cato Institute who served on the Institute’s Board of Directors for 26 years, passed away on July 26 at the age of 86.

As a businessman, Frank was ahead of his time. He launched U.S. Health, Inc. in 1959, operating the Holiday Health Spa chain. His was the first publicly traded, multi‐​state health and fitness chain. A four‐​time Chair of the National Fitness Industry Association, Frank was inducted into the Club Industry Hall of Fame. When he sold his company to Bally’s Health & Fitness in 1988, U.S. Health employed over 2,500 people and owned and/​or operated over 120 health clubs.

Throughout his life Frank Bond was an active participant and generous donor in the libertarian and Objectivist movements. He described himself as “one whose life has been profoundly affected by [Ayn Rand’s novel] Atlas Shrugged.” As early as 1969 he was a funder of the Objectivist‐​libertarian Society for Rational Individualism. Later, in addition to serving on Cato’s board from 1988 to 2013, he was a board member of the Reason Foundation and board chair of the Atlas Society.

Frank was a champion boxer, a fitness buff, an entrepreneur, a philanthropist, and a master of showmanship. His Baltimore Sun obituary says he “was known to those who knew him best as a master of the grand gesture (from surprise cars to surprise weddings) – ‘a wielder of wow’!”

We saw some of that enthusiasm for the grand gesture at the Cato Institute. In 1997 he helped to arrange a conference co‐​sponsored by Cato and the Institute for Objectivist Studies (later the Atlas Society) to celebrate the 40th anniversary of the publication of Atlas Shrugged. To highlight the evening dinner Frank engaged Mr. Universe 1994 to rise slowly from a crouched position to hoist a globe above the crowd, like Atlas of the Greek myth and the Rockefeller Center statue. In 2002 he arranged for the legendary band Three Dog Night to play at the afterparty for Cato’s 25th anniversary. As we prepared to open our expanded headquarters building in 2012, Frank proposed a set of life‐​size statues of great thinkers – including Aristotle, Locke, Jefferson, Rand, and Frederick Douglass – to add a dramatic note to our lobby. In this case his outsized vision and imagination, regrettably, turned out to be larger than our lobby!

We especially appreciate that he urged contributions in his memory to the Cato Institute.

Frank Bond devoted his life to achievement, liberty, and the pursuit of happiness for those he loved. We extend our condolences to his loving wife Arlene; his son Baron, who now serves on Cato’s board, and his wife Mayrav; and all of Frank’s family.