Is Rachel Maddow sure she wants the government to “think big,” as she says here standing in front of the Hoover Dam? 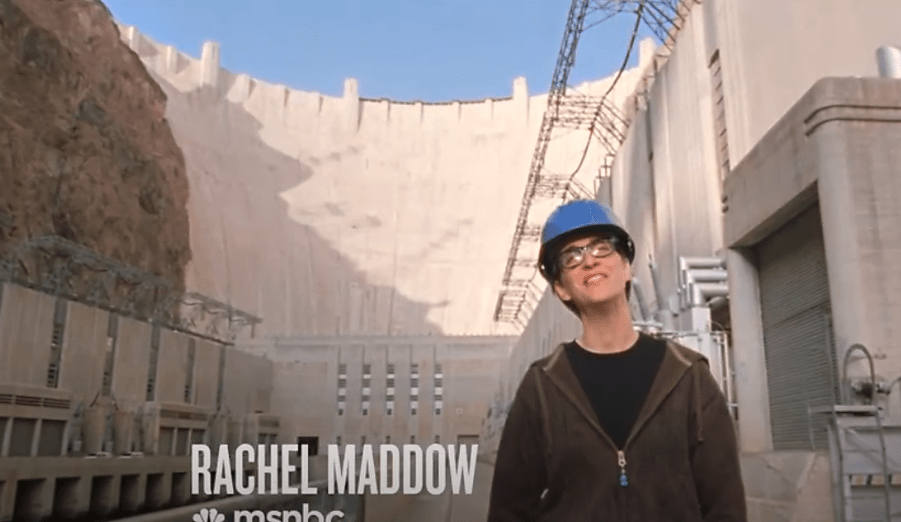 Maddow’s advertisement on MSNBC caught my eye because it captures the naïve liberal belief in the goodness of large government projects. Liberal pundits keep telling us that we need a giant boost in federal infrastructure spending to aid the recovery. But the pundits never seem to worry about the quality of government investments. And they seem blissfully unaware of the history of damage caused by governments that have thought big on infrastructure.

Hoover Dam was built by the U.S. Bureau of Reclamation, an agency with an appalling history of environmental damage and support of boondoggle projects. For most of the 20th century, the agency ran amok pouring concrete in every river system in the West, and in the process destroying wetlands and salmon fisheries. The government’s Corps of Engineers has a similar record of environmental damage and economic miscalculation on its big infrastructure projects.

It’s not just water infrastructure where “thinking big” by the government has been damaging. Thinking big led to the federal government’s disastrous high rise public housing projects in Chicago and elsewhere. Thinking big led to awful “urban redevelopment” projects that paved over city neighborhoods and replaced them with hideous Soviet‐​style office blocks.

I don’t want the federal government thinking big on infrastructure, and I doubt if Maddow would either if she knew more about the history. I encourage her to read the classic Cadillac Desert to get a better understanding of what government infrastructure spending on dams is all about. Then I would suggest she do her next MSNBC spot at the site of the Teton Dam in Idaho (see also this and this), which was an economic joke and a federal engineering disaster.