Argentina, Venezuela, and now even Ecuador have all embraced an unfortunate, if familiar, economic craze currently sweeping the region – price controls. In a wrong-headed attempt to “suppress” inflation, the respective governments have attempted to fix prices at artificially low levels. As any economist worth his salt knows, this will ultimately lead to scarcity.

Consider Venezuela, where the government sets the price of a number of goods, including premium gasoline, which is fixed at only 5.8 U.S. cents per gallon. As the accompanying chart shows, 20.4% of goods are simply not available in stores. 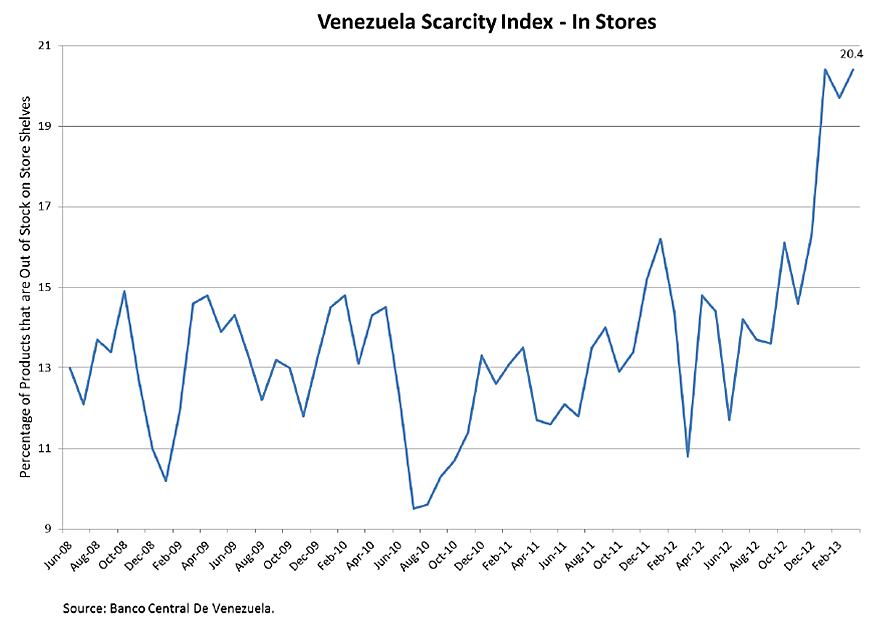 While price controls ostensibly keep the prices of goods on official markets low, they ultimately lead to empty shelves, depriving many consumers access to essential goods (such as toilet paper). This, in turn, leads to “repressed” inflation – given the price controls that exist, the “true” rate of inflation is held down, or repressed through Soviet-style government intervention. As the accompanying chart shows, the implied annual inflation rate for Venezuela (using changes in the black-market VEF/USD exchange rate) puts the “repressed” inflation rate at 153%. 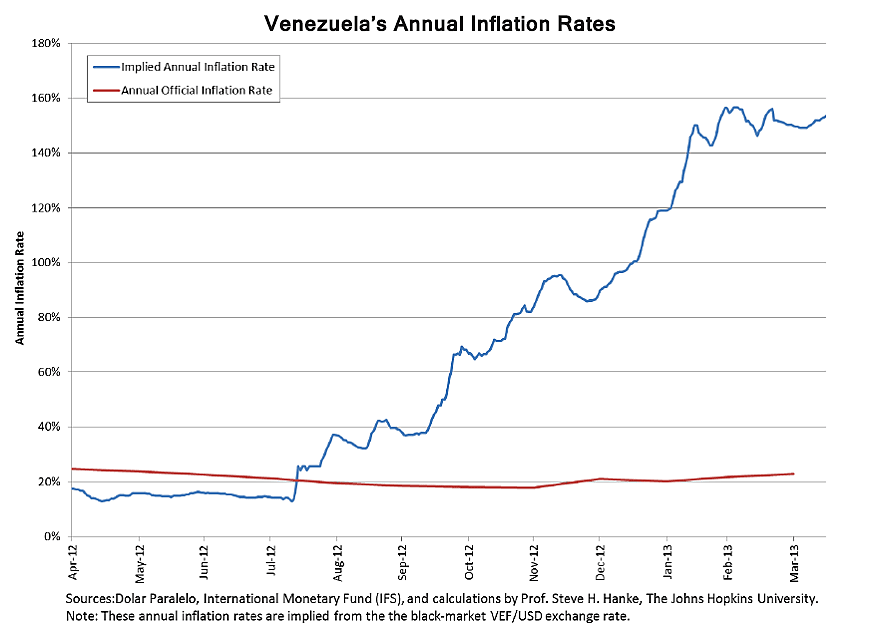 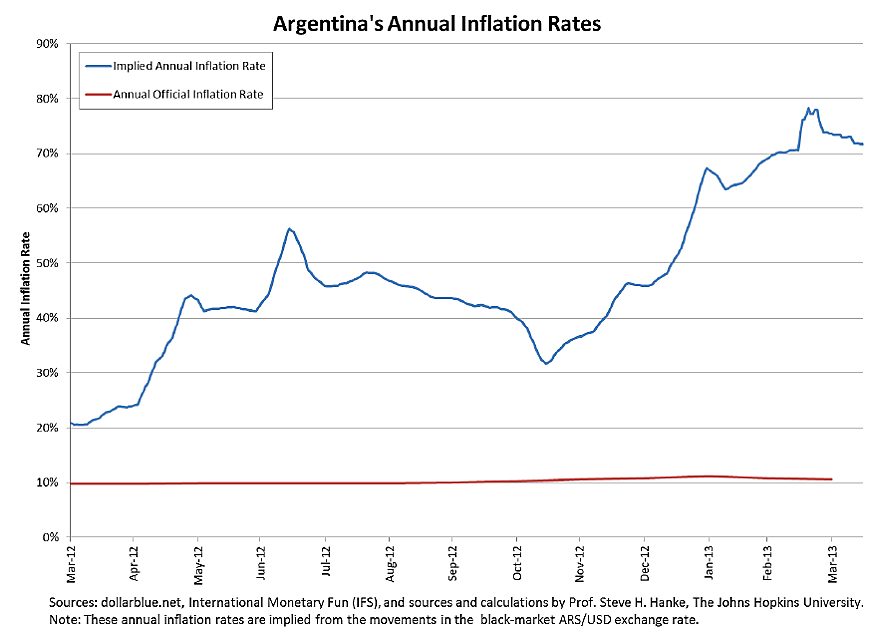 In addition to scarcity and repressed inflation, price controls can lead to unintended political consequences down the road. Once price controls are implemented it is very difficult to remove them without generating popular unrest – just consider the 1989 riots in Venezuela when President Carlos Perez attempted to remove price controls.

Hopefully, Ecuador – which, thanks to its dollarization, is experiencing an annual inflation rate of only 3% – will see this folly and abandon its expirement with price controls.