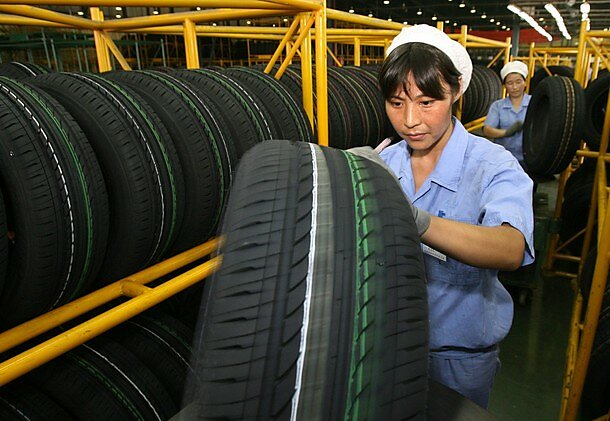 Who benefits from 35 percent duties on Chinese‐​produced tires?


U.S. producers? No, they are the ones who, pursuing profit‐​maximizing strategies, have consciously shifted production of low‐​end tires from their U.S. plants to their Chinese plants over the past few years. They will now have to incur the costs of shifting production from China to production facilities in Brazil, Mexico, Indonesia and other developing countries, where it makes economic sense to produce low‐​end tires.


U.S. workers, then? Nah. Low‐​end U.S. tire production workers won’t see an increase in U.S. capacity, capacity utilization, hours worked, or wages because, as implied above, production isn’t coming back to the United States. Meanwhile, U.S. workers in tire wholesaling, distribution, and other segment of the supply chain are likely to see a decline in business in the short‐​run, as higher prices reduce demand for tires. Things may improve once adjustments are made to the new production locations, but that will involve certain adjustment costs and lower profit margins because presumably China is the profit‐​maximizing production location. Right? Why else would producers have chosen China?


Does the tariff benefit consumers, then? Come on. Not only will it lead to higher prices for consumers, but it will hit cost‐​conscious consumers the hardest. And you thought President Obama opposed regressive taxation?


No, the only beneficiary of the tariff is President Obama, who presumably gets some political mileage for his Chicago‐​style payback of Big Labor. But make no mistake that any benefits to the president will be fleeting, as the direct costs of the tire tariff and the costs of copycat protectionism start to squeeze economic recovery. As the president is flooded with similar requests for protection from other unions and producers, he will have to choose between disappointing those favor‐​seekers or strangling economic prospects entirely. The tire decision was selfish and shortsighted.