Patching up the Education Monopoly

The Eli and Edythe Broad and Bill and Melinda Gates foundations have sponsored a report, "Smart Options: Investing the Recovery Funds for Student Success," on how to spend $100 billion of "stimulus money" on improving America's schools, according to Jay Mathews in The Washington Post. Ideas include national standards, better teacher evaluations, special help for struggling students, and more.

But let's try a thought experiment. Bill Gates made his money in software. Eli Broad made his money building houses. Imagine a slightly different universe, say one in which Henry Wallace and Al Gore had become president, and we had monopoly providers of both software and housing. How good do you think the software and the housing would be? And if the U.S. Department of Technology and the U.S. Department of Housing announced that they would be spending another $100 billion, what would happen? 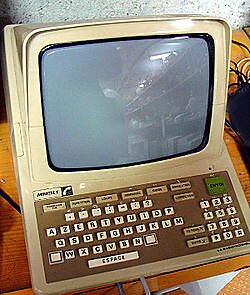 It seems clear that the way to improve housing and software in that world would be to open the fields up to competition, or even to privatize them. A government monopoly provider of software would be lucky to have given us Minitel by now. And monopoly provision of housing was tried in much of the world during the 20th century, with poor results. So if we were afflicted with these albatrosses, surely we'd recognize that deregulation, competition, and privatization would produce better results by far.

So then why don't we realize it when we're afflicted with a virtual government monopoly on the provision of education? Why are zillions of smart people studying and debating how to improve the performance of a sluggish, stagnant, tax-funded government monopoly? Maybe we shouldn't be so sure that we'd see the failure of the software or housing monopoly either. Whatever enterprise the government chooses to monopolize -- and there's really nothing inherent or inevitable about which enterprises that will be -- will most likely become a massive bureaucratic undertaking, and we will find it difficult to imagine how the enterprise could be privately run.

But Bill and Melinda, Eli and Edythe, Jay, Barack -- the evidence on monopoly vs. competitive provision of services is out there. To a great extent it's the history of the 20th century. Check it out.