Older Generations Flip‐​Flopped on Big Government, Will Millennials Do the Same? 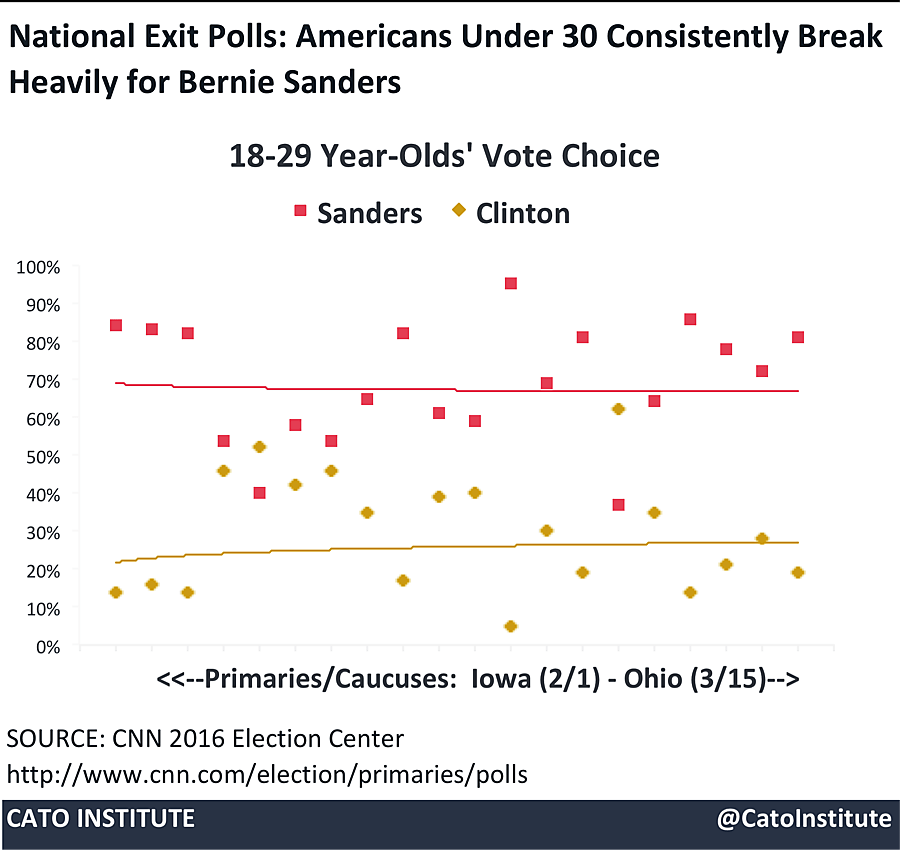 National exit polls show that Democratic presidential candidate Bernie Sanders has captured many of the hearts and minds of the young Democratic electorate. Fully 70–80% of young Democrats, under the age of 30, are casting their ballots for Sanders over Hillary Clinton in state primaries and caucuses.


Many young people are drawn to Sanders’ vision of Democratic socialism. First, they don’t associate socialism with Soviet‐​style command and control economies with long bread lines and political repression. Instead, millennials associate the basic concept of socialism with Scandinavia. They like the idea of these countries’ large social welfare programs where government plays an active role in providing for people’s needs. Indeed, young people are the only cohort in which a majority—52%—support a “bigger government providing more services” compared to 38% of Americans overall.


Are young people the first generation to support activist government in their youth? Not in the least. 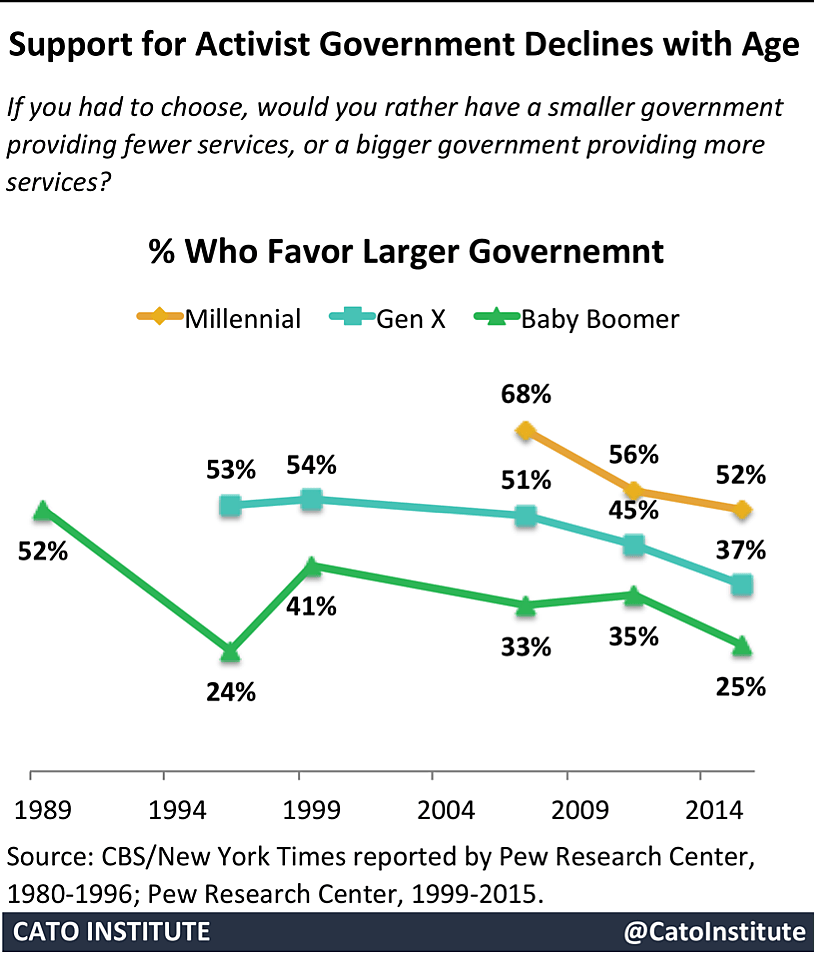 
It appears that as Americans get older, get promoted at their jobs, make more money, and start paying higher taxes, they become less thrilled with the idea of activist government.


It should be noted that back in 2007, when millennials were nearly 10 years younger than today, the Pew Research Center found fully 68% in support of a larger government offering more services. Is this an outlier? No poll conducted of previous generations in their youth ever identified such strong support for active government. This could be a function of fewer polls being conducted in the 1980s and 90s, and that we don’t have comparable polls of Baby Boomers when they were college‐​aged. Moreover, millennials were much younger in 2007, with the oldest being only 26. Perhaps given how high support used to be, it’s remarkable that support has declined so quickly.


Overall, these results tend to compliment other evidence that indicate that as millennials get older, get jobs, make more money, and pay more in taxes, they, like generations before them, become less keen on activist government.