President Obama may have a buddy‐​buddy relationship with big labor, but he’s no friend to ordinary workers. Here are four damning pieces of evidence.


1. The unemployment rate remains above 9 percent according to the Labor Department data released on Friday.


This is about 2–1/2 percentage points higher than Obama promised it would be at this stage if we adopted the failed stimulus. 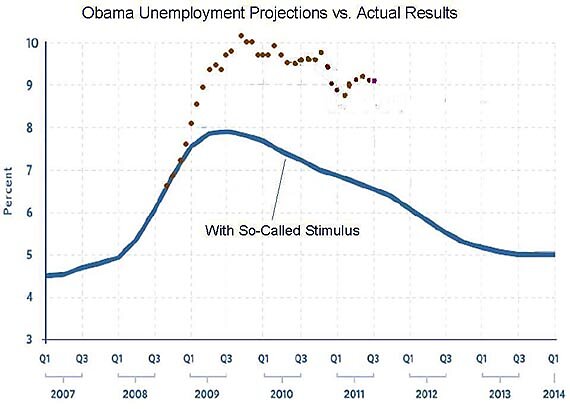 This is a spectacular failure.


2. Black unemployment has jumped to 15.6 percent.


I’ve already commented on how Obama has produced bad results for the African‐​American community, and the joblessness numbers are rather conclusive. 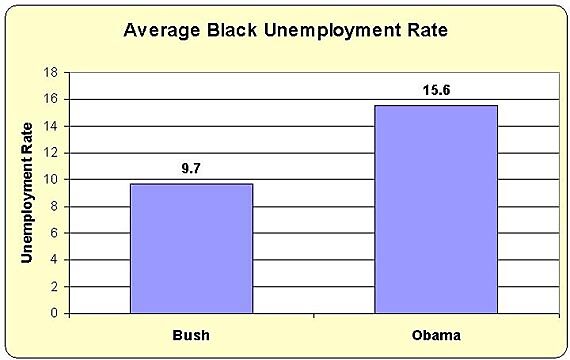 What makes that figure especially remarkable is that the black unemployment rate during the Obama years is more than 50 percent higher than it was during the Bush years.


3. More than 40 percent of the unemployed have been out of work for more than six months.


These bad numbers almost certainly are caused, at least in part, by the unemployment insurance program — as even senior Democrat economists have acknowledged. 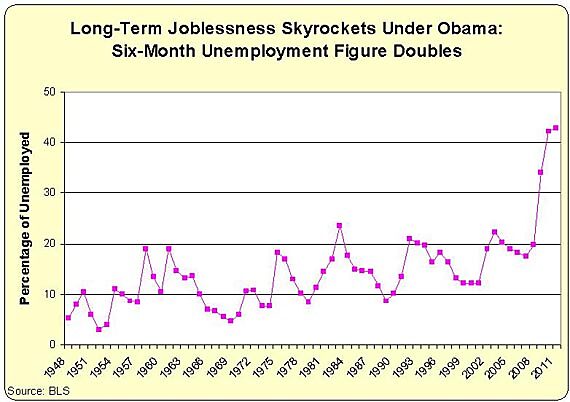 4. Millions of people have dropped out of the labor force, dropping the employment‐​population ratio to the lowest level in decades. 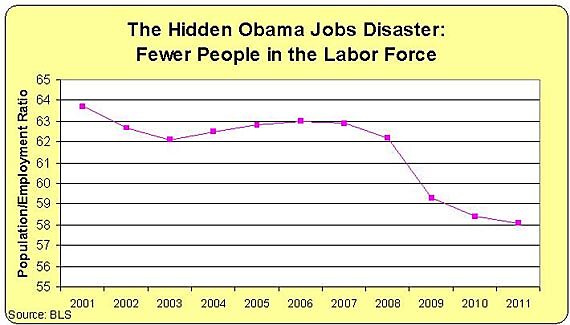 All four of these charts are bad news. But the economy periodically hits a speed bump. The real problem is not bad numbers, but the fact that bad numbers have persisted for several years.


And the really bad news is that there is little reason to expect a turnaround given the current Administration’s affinity for bigger and more burdensome government.