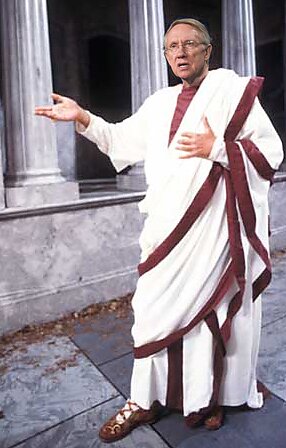 A stated aim of the Obama‐​Reid jobs bill is to preserve the “competitive edge” that our “world‐​class” education system purportedly gives us. In an attempt to do that it would throw tens of billions of extra taxpayer dollars at public school employees.


A few problems with that: we’re not educationally world‐​class; we don’t have a competitive edge in k‐​12 education; and this bill would actually push the U.S. economy closer to a Greek‐​style economic disaster.


First, the belief that increasing public school employment helps students learn is demonstrably false. Over the past forty years, public school employment has grown 10 times faster than enrollment. If more teachers union jobs were going to boost student achievement, we’d have seen it by now. We haven’t. Achievement at the end of high school has been flat in reading and math and has declined in science over this period. I documented these facts the last time Democrats decided to stimulate their teachers union base, just one year and $10 billion ago.


And what would going back to the staff‐​to‐​student ratio of 1980 do? It would save taxpayers over $140 billion annually.


But don’t those school employees need jobs? Of course they do. But we can’t afford to keep paying for millions of phony‐​baloney state jobs that have no impact on student learning. We need these men and women working in the productive sector of the economy — the free enterprise sector — so that they contribute to economic growth instead of being a fiscal anchor that drags us ever closer to the bottom of the Aegean. Freeing up the $140 billion currently squandered by the state schools would provide the resources to create those productive private sector jobs.


Continuing to tax the American people to sustain or even expand the current bloat, as Obama and Reid want to do, cripples our economic growth prospects by warehousing millions of potentially productive workers in unproductive jobs. The longer we do that, the slimmer our chances of economic recovery become. This Obama‐​Reid bill is such an incredibly bad idea, so obviously bad, that it is hard to imagine any remotely well‐​informed policymaker supporting it… unless, of course, they think the short term good will of public school employee unions is more important than the long‐​term prosperity of the American people.