A chart in the report, which I’ve replicated below, shows that the Canadians have chopped their rate to less than half of the U.S. rate, 17 percent vs. 34.8 percent. The U.S. rate is also far higher than the average OECD rate of 20.2 percent.


The economic effect of this is straightforward: our higher rate means less capital investment, which in turn means fewer jobs, reduced productivity, and lower wage and income levels.


Come on America, we can do better than that. It’s time for federal policymakers to stop stalling and simply slice the U.S. federal statutory rate from 35 percent to 20 percent or less. All this gibber‐​gabber about corporate loopholes and base‐​broadening is a waste of time. Just cut the rate, please. The Canadians have shown that the government probably won’t even lose any revenue. 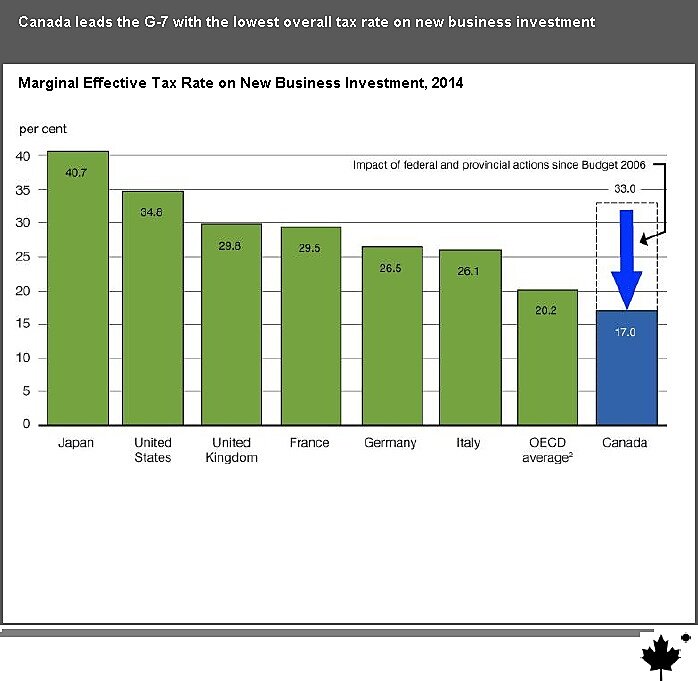