Leftists want higher tax rates and they want greater tax compliance. But they have a hard time understanding that those goals are inconsistent.

In a previous post, I quoted an article from the International Monetary Fund, which unambiguously concluded that high tax burdens are the main reason people don't fully comply with tax regimes.

Macroeconomic and microeconomic modeling studies based on data for several countries suggest that the major driving forces behind the size and growth of the shadow economy are an increasing burden of tax and social security payments… The bigger the difference between the total cost of labor in the official economy and the after-tax earnings from work, the greater the incentive for employers and employees to avoid this difference and participate in the shadow economy. …Several studies have found strong evidence that the tax regime influences the shadow economy.

Indeed, it's worth noting that international studies find that the jurisdictions with the highest rates of tax compliance are the ones with reasonable tax systems, such as Hong Kong, Switzerland, and Singapore.

Now there's a new study confirming these findings. Authored by two economists, one from the University of Wisconsin and the other from Jacksonville University, the new research cites the impact of tax burdens as well as other key variables.

Here are some key findings from the study.

Translating from economic jargon, the study concludes that higher tax burdens lead to more evasion. Statists usually claim that this can be addressed by giving the IRS more power, but the researchers found that audit rates have a very weak effect. 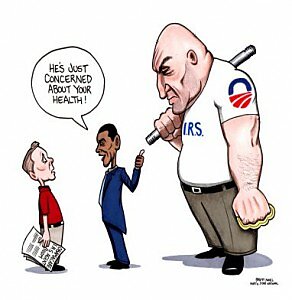 The obvious conclusion, as I've noted before, is that lower tax rates and tax reform are the best way to improve tax compliance - not more power for the IRS.

Incidentally, this new study also finds that evasion increases when the unemployment rate increases. Given his proposals for higher tax rates and his poor track record on jobs, it almost makes one think Obama is trying to set a record for tax evasion.

The study also finds that dissatisfaction with government is correlated with tax evasion. And since Obama's White House has been wasting money on corrupt green energy programs and a failed stimulus, that also suggests that the Administration wants more tax evasion.

Indeed, this last finding is consistent with some research from the Bank of Italy that I cited in 2010.

...the coefficient of public spending inefficiency remains negative and highly significant. …We find that tax morale is higher when the taxpayer perceives and observes that the government is efficient; that is, it provides a fair output with respect to the revenues.

And I imagine that "tax morale" in the United States is further undermined by an internal revenue code that has metastasized into a 72,000-page monstrosity of corruption and sleaze.

On the other hand, tax evasion apparently is correlated with real per-capita gross domestic product. And since the economy has suffered from anemic performance over the past three years, that blows a hole in the conspiratorial theory that Obama wants more evasion.

All joking aside, I'm sure the President wants more tax compliance and more prosperity. And since I'm a nice guy, I'm going to help him out. Mr. President, this video outlines a plan that would achieve both of those goals.

Given his class-warfare rhetoric, I'm not holding my breath in anticipation that he will follow my sage advice.