Here are a few takeaways from the Kaiser Family Foundation’s most recent monthly poll.

2. Some of the Uninsured Who Think ObamaCare Will Help Them Are Wrong.


One respondent said that under ObamaCare, you “can go to the doctor with no problems, unlike now you have to worry about insurance and bills.” Yeah. Good luck with that.


3. ObamaCare Is Less Popular than Ever.


In August 2011, support for ObamaCare hit an all‐​time low in the KFF poll: 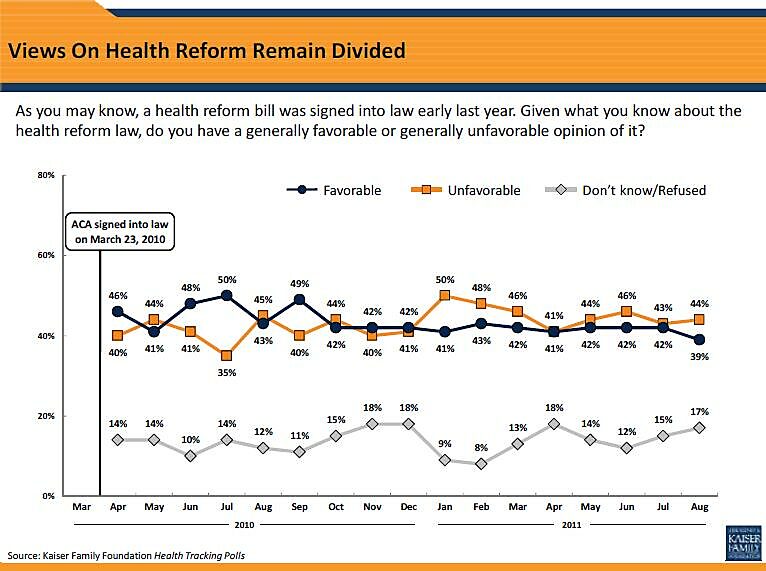