In Memory of Carlos Ball

I’m sad to report that Venezuelan journalist and Cato adjunct scholar Carlos Ball passed away last week. He was 75. Carlos was a champion of liberty and a long‐​time friend to so many of us in the freedom movement in the Americas. His life was a testimony to the power of ideas, and he lived it true to his classical‐​liberal convictions. 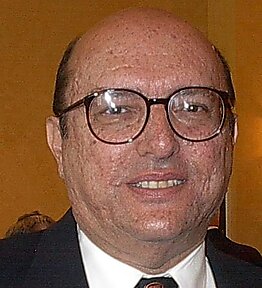 Carlos was a co‐​founder of CEDICE, the market‐​liberal think tank in Caracas that celebrated its 30th anniversary this year and with whom Cato has worked closely for many years (and that has been severely harassed by the Chavista regime). In the 1980s, Carlos was the editor of El Diario de Caracas, an important daily that was critical of government policies. It was when Carlos represented Venezuelan journalists at an Inter‐​American Press Association conference in 1987 in San Antonio, Texas and denounced then‐​President Lusinchi’s attacks on freedom of the press, that Lusinchi demanded that Carlos be fired from the newspaper, conditioning the renewal of the license of the popular television station RCTV—part of the same media company—on that outcome. Carlos was let go from the paper, he was criminally charged by the government, and was told by the judge presiding his case that “I have orders from above.” It was at that time that Carlos left Venezuela, moving to Florida where he would live the rest of his life. RCTV received a 20‐​year license. It was the expiration of that license in 2007—that Hugo Chavez refused to renew, thus shutting down the television station—that triggered the massive student uprising against the government that year. (As a result, Chavez lost a constitutional referendum and temporarily slowed down his accumulation of power.)


The idea that Venezuela was doomed to repeat such experiences and that the country would only lose more freedoms if economic freedom was not also respected was a long‐​time theme in Carlos’s writings. In that regard, he was among a very small group of Venezuelan intellectuals who decades ago warned against the ideology of socialism predominant in the political system and much of Venezuelan society. Indeed, he very correctly viewed Hugo Chavez’s regime as a logical, though more extreme, extension of what had come before. “Chavez,” he wrote, “has intensified, accelerated and exacerbated corruption, the concentration of power, the violation of property rights” and the power of the bureaucracy in people’s lives. In a 1992 essay, Carlos wrote that the “fatal date” for his country was January 1976, when President Perez nationalized the petroleum industry. That “meant a radical change; for the first time since the death of General Gomez [1935], political and economic power was again concentrated in the same hands: in those of the head of state.”


He would later write: “Without that concentration of wealth in political hands, Chavez would never have been able to Cubanize Venezuela because it was the economic power of oil that allowed the government to crush the individual liberties of the Venezuelans.” How right he was.

In 1991, Carlos established AIPE—the Inter‐​American Economic Press Agency—which syndicated articles of the region’s leading classical liberals in Latin America’s most important newspapers. He also translated and syndicated articles by Milton Friedman, Gary Becker, James Buchanan and other prominent scholars, thus introducing those thinkers too to countless Latin American readers. On Cato’s Spanish‐​language web site (elca​to​.org), we were able to create a special Milton Friedman page made up of a collection of Friedman’s articles, mostly from AIPE. Indeed, when we created elca​to​.org in 1998, AIPE provided much of the material we posted. It also provided a model we would soon adopt of publishing articles in the region that we then posted. By the time Carlos closed AIPE in 2010, he had syndicated 8,788 op‐​eds from 734 authors. The following year, Stanford University’s Hoover Institution included the complete collection of articles in its prestigious archives.


Venezuela’s long and tragic decline into authoritarianism and economic backwardness has sadly vindicated Carlos’s views. But as became clear to me during a visit a few months ago to Caracas, the eruption of massive, peaceful, student‐​led protests this year shows a new appreciation of liberty among Venezuelans. As Maria Corina Machado—a leading opposition leader who explicitly advocates economic, political and civil liberties—said at the CEDICE event I attended, the country has clearly changed this year and people are demanding a broad spectrum of liberties as never before. CEDICE is playing an important role in that change and it is part of Carlos Ball’s legacy.


You can read many of Carlos’s articles in Spanish here and some articles in English here.


A few months ago, I sent Carlos an article I wrote on Venezuela that appeared in El Comercio (Peru). He responded with enthusiasm and encouragement, signing off “Viva Cato!” I will miss Carlos.