Marijuana advocates often cite the expansion of individual freedom as a major benefit of legalization. One aspect of this enhanced freedom is fewer police searches. NBC News reports:

Traffic searches by highway patrols in Colorado and Washington dropped by nearly half after the two states legalized marijuana in 2012. That also reduced the racial disparities in the stops, according to a new analysis of police data, but not by much. Blacks and Hispanics are still searched at higher rates than whites. 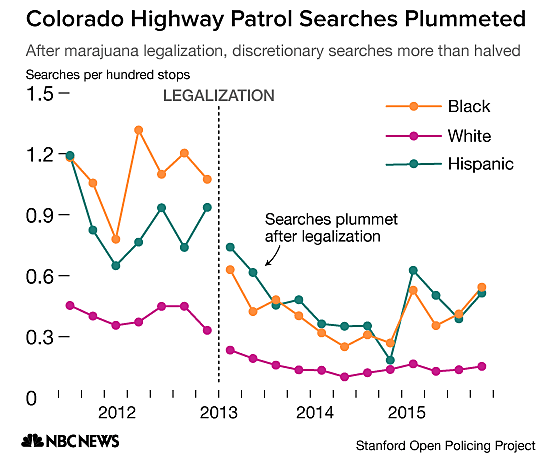 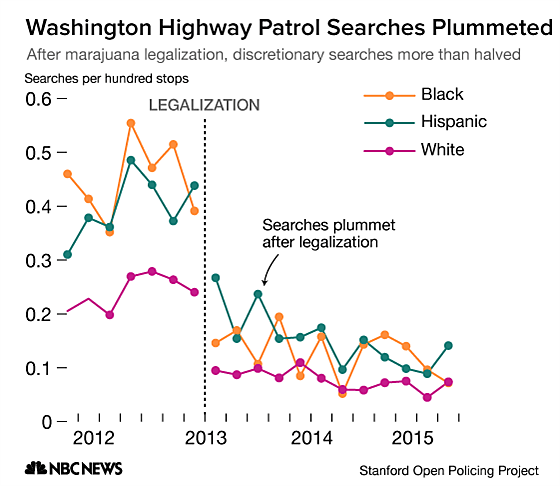 For more on the effects of state marijuana legalizations, see here.