According to a recent Gallup survey, the majority of Americans think that crime is on the rise. This misperception persists year after year. Only 21 percent of Americans realize that crime is actually falling. Consider murder and rape alone: 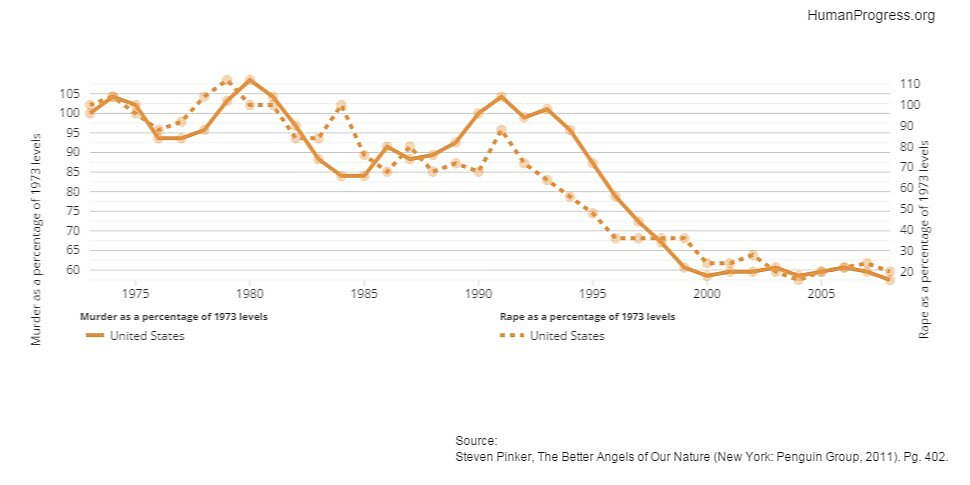 Murder and rape are not the only crimes that are falling. The downward trend in U.S. crime rates also holds for simple and aggravated assaults as well as robberies. Crime, in other words, is falling across the board. 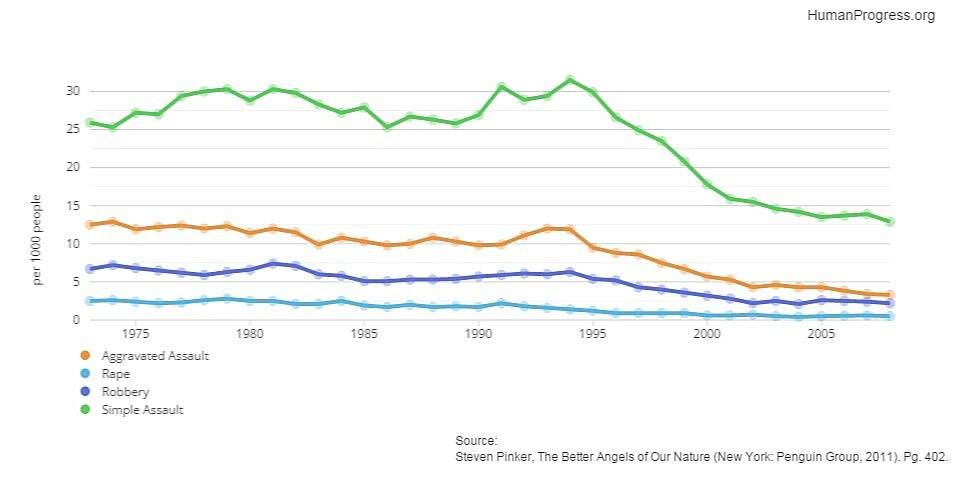 Furthermore, the fall in crime is not limited to the United States. Globally, crime is down. For example, consider the homicide rate in Europe over the last century: 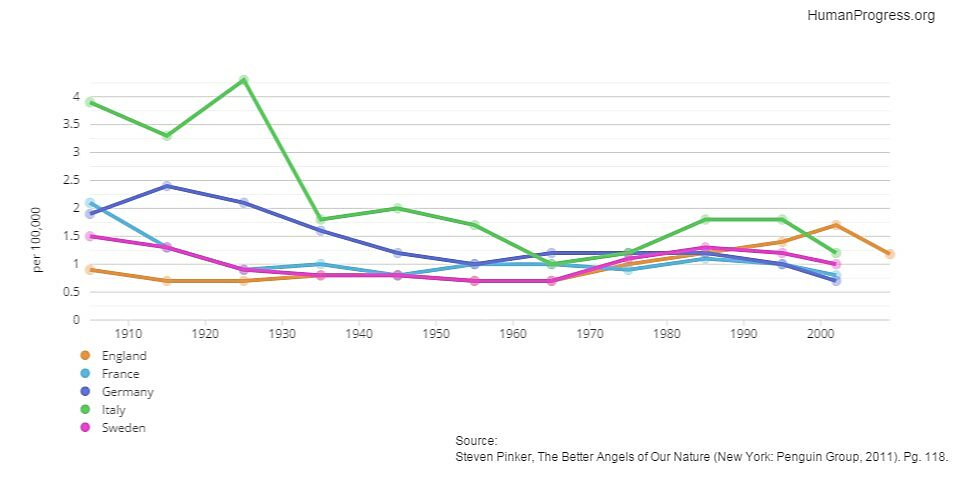 Why do most people perceive the world as increasingly crime‐​ridden despite statistical evidence to the contrary?


Harvard professor and Human​Progress​.org advisory board member Steven Pinker provided a number of reasons for our deeply ingrained pessimism during a recent Cato event, “If Everything is Getting Better, Why Do We Remain So Pessimistic?” which can be viewed here. His book, The Better Angels of Our Nature, offers a more in‐​depth look at the decline of violence.