Lack of Zoning Is Not Houston’s Problem

An urban fairytale is emerging in the aftermath of Hurricane Harvey. Commentators claim that because Houston lacks a traditional zoning code, Houstonians recklessly built a city with too many roads, buildings, and parking lots, and these impervious surfaces collected water rather than absorb it, exacerbating flooding. They argue Houston doesn't have enough absorbent surfaces with trees, grasses, and soil because of the lack of zoning.

The facts don't support this story. It's true Houston is the only major U.S. city without conventional Euclidean “separate-all-land uses” zoning. But this has not reduced absorbent surface cover relative to other cities with more aggressive regulation. 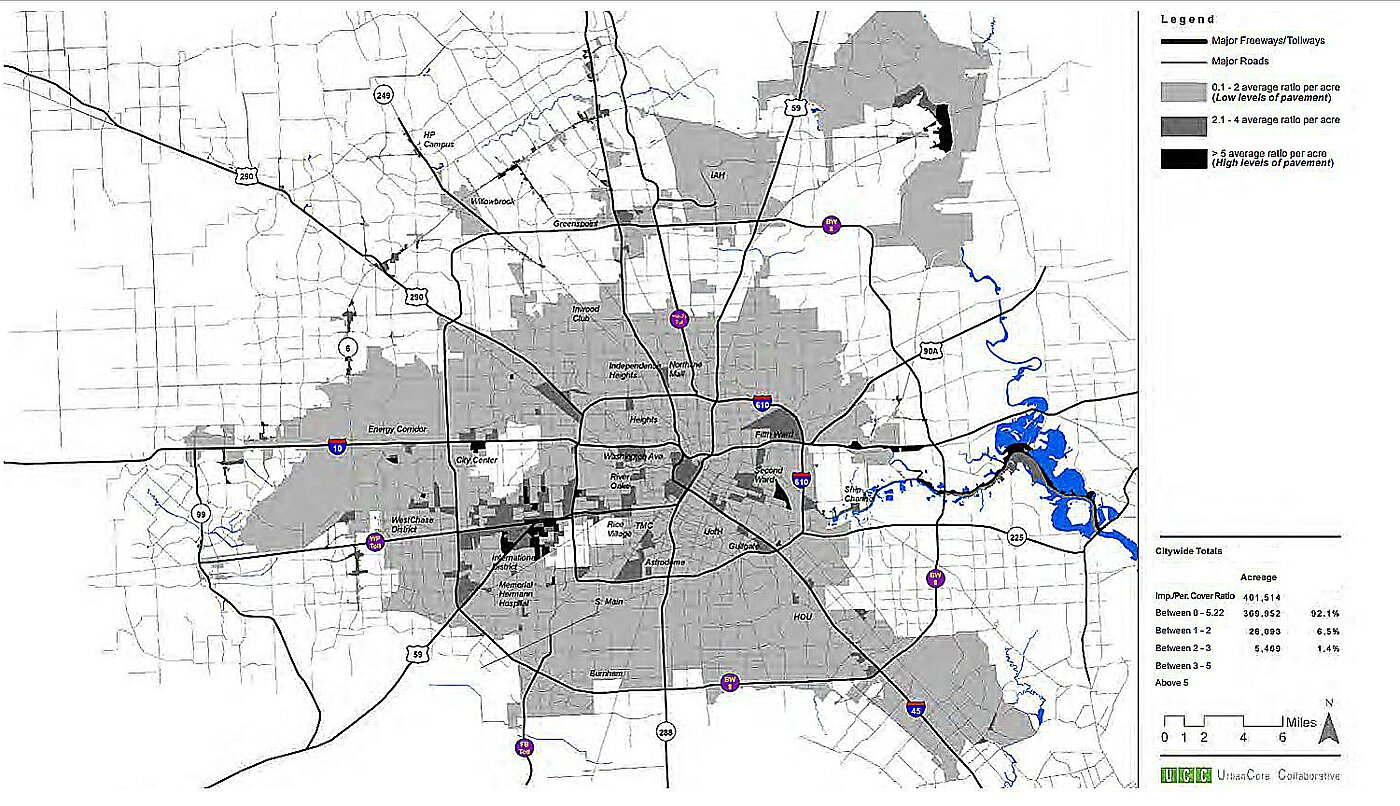 Of course, a more important question is how Houston stacks up against similarly sized cities that have comprehensive zoning regulation. On CNN, the chair of Georgia Tech's School of Regional and City Planning argued that "when you have a less dense urban fabric, you're going to have more impervious surface and you're going to have more runoff … That's clearly an important consideration in Houston."

But on the contrary, Houston has substantially less impervious surfaces covered by buildings, roads, and parking lots (39.2%) and substantially more absorbent surfaces with trees, grasses, and soils (60.6%)  than similarily populated American cities.

Still, is it possible that urban planners would have preserved even more green space? That seems extremely unlikely: New Orleans and New York City experience hurricane and flood risks, and both have more impervious surface cover than Houston despite conventional planning and zoning.

And it's not as if Houston is absent planners or land use regulation. What Houston planners currently regulate, like parking requirements, minimum lot size, and paved easement requirements, drive impervious surface cover up, not down.

Houston should do exactly opposite of what commentators suggest in order to reduce impervious surface cover. It should eliminate existing parking requirements and paved easement requirements, not add to them. Conventionally zoned cities would benefit from the same approach.

The idea that more zoning is a solution to Houston's Harvey problem is wishful thinking.