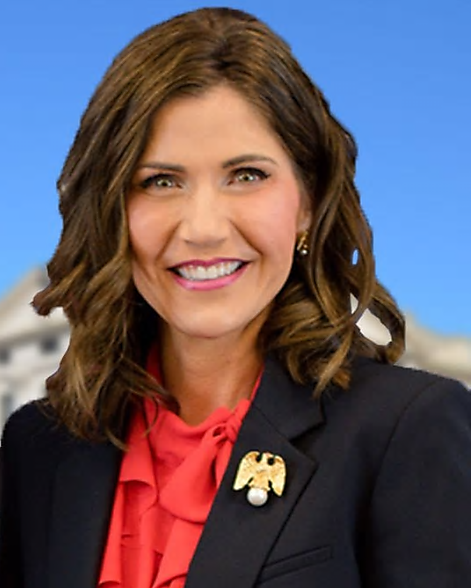 Kristi Noem will address the Republican convention tonight. South Dakota’s governor leads one of the freest states, according to this analysis. South Dakota has one of the lowest state‐​local tax burdens in the nation, and Noem has helped to keep it that way.

South Dakota has no individual or corporate income tax. Sales taxes account for 83 percent of state‐​level tax revenues, which creates exceptional budget stability over economic cycles. An analysis by Pew found that South Dakota has the lowest revenue volatility among the states. By contrast, the revenues of states such as California gyrate widely because they are dependent on capital gains taxes and soak‐​the‐​rich income taxes.

Many news stories are claiming that state budgets face Armageddon because of the recession. But states can prepare for downturns by moving away from income and capital gains taxes toward more reliance on sales taxes. This NPR chart shows the high stability of South Dakota’s tax collections during this year’s recession.

Governor Noem discussed her state’s sound finances in her State of the State address in January 2020:

The taxes that we do have to fund state government are stable and predictable … In addition to my commitment to not raising taxes, our constitution requires a two‐​third vote in both chambers to raise taxes. In short, if you’re worried about tax increases, you needn’t be – your business is safe here…. Government in South Dakota lives within its means. We balance our budget without accounting gimmicks or tricks…. I’m proud of our AAA credit rating, and our state pension plan is fully funded. That means businesses that move here don’t need to worry about surprise charges, fees, or taxes to make up for an unfunded pension plan like our neighbors in Illinois.