Kilcullen Joins the ‘To Hell with Karzai’ Faction? 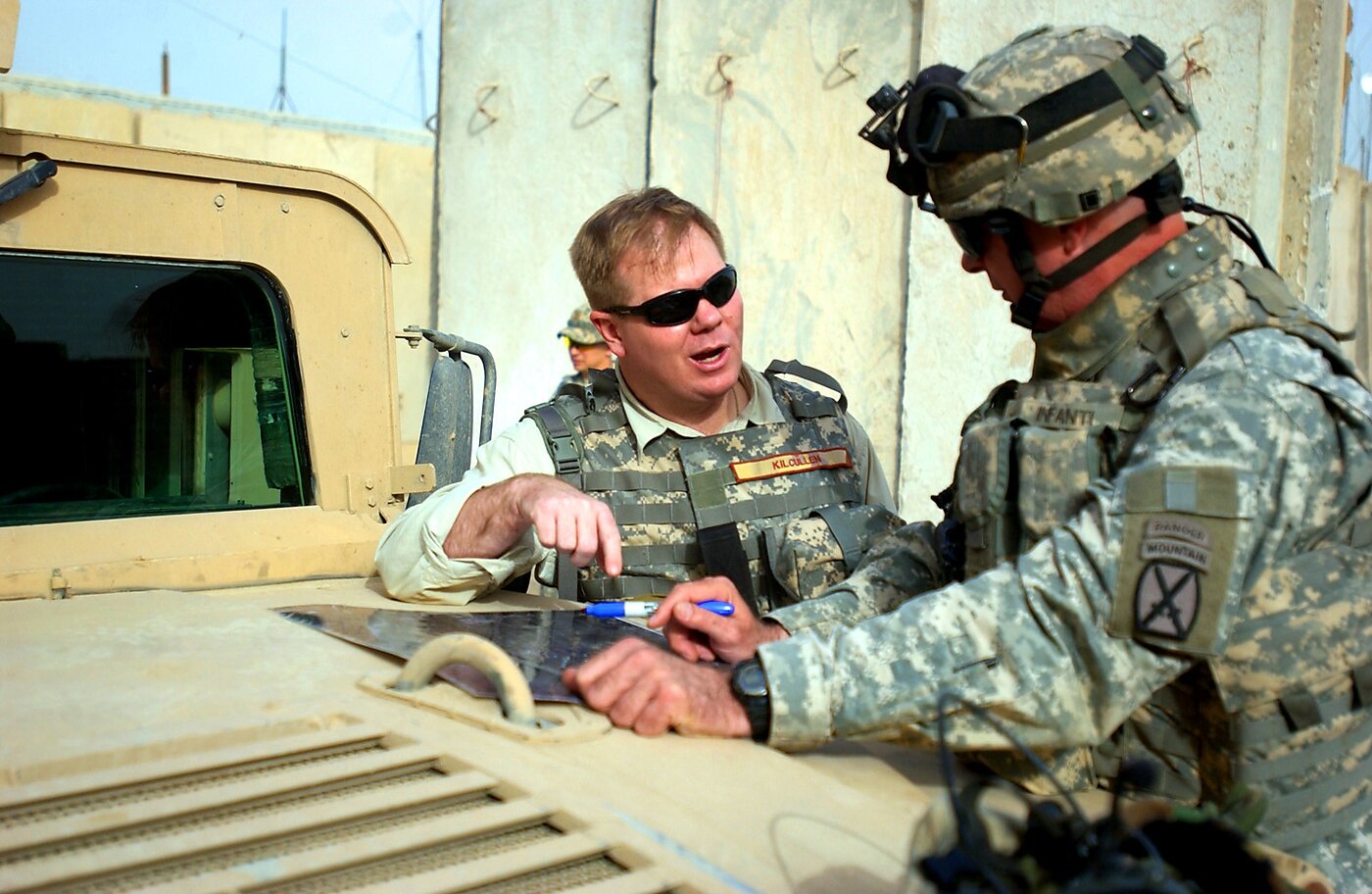 Three weeks ago I observed that Stephen Biddle, a Council on Foreign Relations scholar who previously had emphasized the centrality of Hamid Karzai to the prospects for success in Afghanistan, had coauthored an article in Foreign Affairs on Afghanistan that hardly mentioned Karzai.

Now one of the archbishops of counterinsurgency and close Petraeus confidante David Kilcullen appears to have joined the "To Hell with Karzai" caucus as well.  First, in an interview with Doyle McManus of the LA Times, Kilcullen lamented that Karzai "has been treating us as if he's got us over a barrel," and suggested that we might want to remind the Afghan president that "he's a guy who will be hanging from a lamppost a month after we leave if we don't protect him."  Tough stuff!

Today Kilcullen piles on some more in a NPR interview, advising a strategy of bypassing the central government and "empowering" local constituencies to fight the Taliban themselves.  Kilcullen says that the Afghan National Police have been "raping people's children" at checkpoints and "shaking people down."  By contrast, Kilcullen says, the Afghan National Army is better but is far too small to take the reins from the Americans any time soon.

The most vexing thing about all this is Kilcullen's caveat that there must be "safeguards in place so that it doesn't lead to the creation of alternative power structures that suck the oxygen away from a legitimate government."  But how is that supposed to work?  It seems like "empowering" local forces to police their own territory and fight the Taliban is a zero-sum diffusion of power away from the central government and into the provinces.  In the LA Times interview, Kilcullen said that "the absolutely critical thing we haven't done very well is come up with a political strategy to take an illegitimate government and turn it into a legitimate one."  But it's hard to see how doing an end-run around Karzai by training (and arming?) local constituencies to fight the Taliban helps achieve this "absolutely critical thing."  Presumably this is why Karzai reportedly hates the idea.  It seems to me that this reflects an important strategic confusion: Is our strategy to build a viable national state in Afghanistan, or to embrace the diffuse and non-national existing power structures in Afghanistan at the expense of the central government?  If it's the latter, why do we need a counterinsurgency campaign?  If it's to do both, I think we've got problems.

Alternatively, is this all a big bluff to get Karzai to believe that America may leave if he doesn't start doing what we tell him?  If so, Karzai should probably call the bluff.  American government officials have made Afghanistan out to be a vital national interest and would have a hard time turning a 180 on that judgment.  Meanwhile, Republican sharks have already begun circling Obama, and a searing and humiliating meltdown in Afghanistan probably isn't on David Axelrod or Rahm Emanuel's agenda right now.

Now, I'm no counterinsurgency guru, but I don't see how you square this center-versus-periphery circle.  Maybe one of my COIN guru pals like Spencer Ackerman or Andrew Exum could help me out here.