After some sorely needed scrutiny, the Trump administration has just announced that it will temporarily suspend an ugly piece of corporate welfare in order to speed aid to hurricane‐​stricken Puerto Rico.


The Merchant Marine Act of 1920, better known as the Jones Act, requires that all people and goods transported by water between U.S. ports be transported on U.S.-built ships, with U.S. owners, registered and sailing under the U.S. flag, and crewed by U.S. citizens or permanent residents. The law originally was justified as ensuring a robust U.S. merchant marine in wartime, but it really is (and probably always has been) a cynical sop to American shipbuilders, shipping companies, and (ostensibly) their employees because it gives them market power that allows them to charge higher prices. Policy analysts have long understood this; for instance, a 1991 Regulation article by Federal Maritime Commission member Rob Quartel chastised the law for creating “America’s Welfare Queen Fleet.” 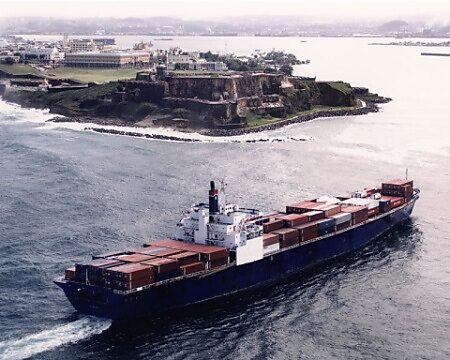 Traditionally, Jones Act criticism has focused on its financial harm to American consumers. One recent estimate is the law results in higher prices totaling $1.8 billion a year, which is about $5.50 for each American man, woman, or child. But now there’s growing evidence that it also exacts a cost in human lives.


In the new issue of Regulation, North Carolina State University economist Thomas Grennes argues that because American‐​built vessels are significantly more expensive than comparable ships built elsewhere, American shipping companies operating under the Jones Act delay replacing their vessels. As a result, American‐​flagged vessels are nearly three times older on average than comparable foreign vessels. International data show that as ships age, they become more dangerous for their crew. Indeed, the 2015 sinking of the El Faro, a Jones Act vessel, raised troubling questions about the law’s role in the deaths of the ship’s 33‐​member crew.


Now, the Gulf hurricanes have shown another potentially deadly aspect of the Jones Act.


As President Trump recently noted, “you can’t just drive” truckloads of supplies and workers to Puerto Rico; they must be transported by plane and boat. Hence the Jones Act has long bedeviled the island; one estimate is that the prices of goods shipped from the U.S. mainland to Puerto Rico are twice as high as they would be without the law. But following Hurricane Maria, the law has transformed from a costly nuisance into a potentially deadly one; desperately needed relief has been dramatically slowed and made more expensive by the law’s artificial barrier on what ships can move supplies from the U.S. mainland to the stricken island — and what ships do carry those supplies must be diverted from other transport work between U.S. ports.


The White House previously temporarily suspended the Jones Act for emergency supplies heading to the hurricane‐​ravaged Gulf states, using a provision in the law that is intended for national defense purposes. Now that suspension has been extended to Puerto Rico.


But instead of temporarily suspending the law under a dubious “defense” claim, Congress and the White House could go further and repeal it. After all, pointless corporate welfare isn’t only a bad thing during emergencies. For a rough draft of repeal legislation, lawmakers could use Sen. John McCain’s unsuccessful 2015 bill.


Given congressional leaders’ oft‐​made statements of concern for American consumers and given the Trump White House’s vows to pare back unjustified regulations and “drain the swamp,” repeal of this harmful piece of corporate welfare should be a slam dunk. Unless, of course, lawmakers have different priorities than helping consumers, protecting sailors, and aiding people like those who desperately need aid in Puerto Rico and the Gulf states.